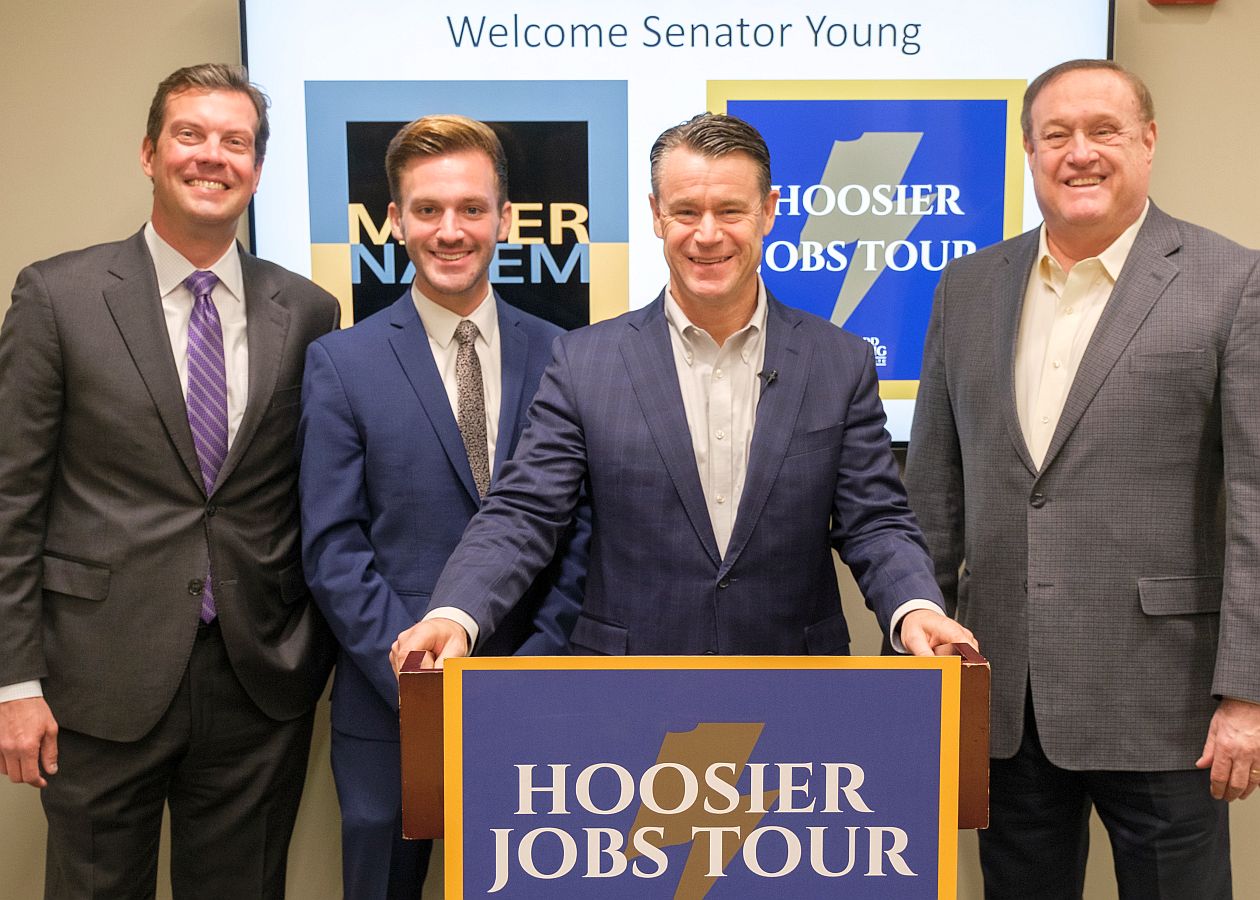 On Friday, the United States and Indiana Chambers of Commerce endorsed Todd Young for U.S. Senate for his work to grow the economy, create Hoosier jobs, and support for fiscally responsible policies.

Young held events with the Chambers and Hoosier business owners in Fishers and South Bend, where he thanked them for creating Hoosier jobs and proudly accepted their endorsements.

“I’m grateful to the U.S. and Indiana Chambers of Commerce for their endorsement of my re-election campaign to the U.S. Senate,” said U.S. Senator Todd Young. “Between the CHIPS Act, supporting the American Tax Cuts and Jobs Act, and the work we accomplished during the pandemic, I am proud of my record. Hoosiers know that I will always look out for them in Washington, and work to create economic opportunity and support our businesses.”

“Senator Todd Young is a hard-working problem solver, which comes from his training and service in the U.S. Marines as well as his extensive academic background,” Indiana Chamber of Commerce President Kevin Brinegar said. “The Indiana Chamber is proud to endorse Sen. Young and his continuing service as he represents the people of Indiana and the United States.”