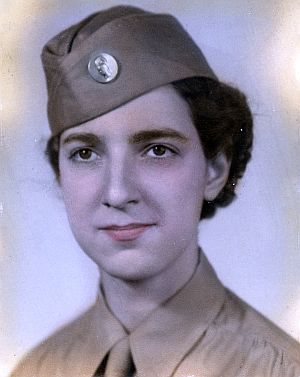 She was born January 28, 1923, in Plymouth, Ind., to Jesse and Esther (Wright) Menser. She graduated from Lincoln High School in 1942 and enlisted in the U.S. Army as a WAC on November 4, 1943, in Indianapolis, Ind., serving as a mail clerk/courier at Ft. Leonard Wood and Ft. Riley. She earned the Woman’s Army Corps Service, American Campaign, and World War II Victory medals.

Services will be held at a later date and have been entrusted to Johnson-Danielson Funeral Home in Plymouth, IN.