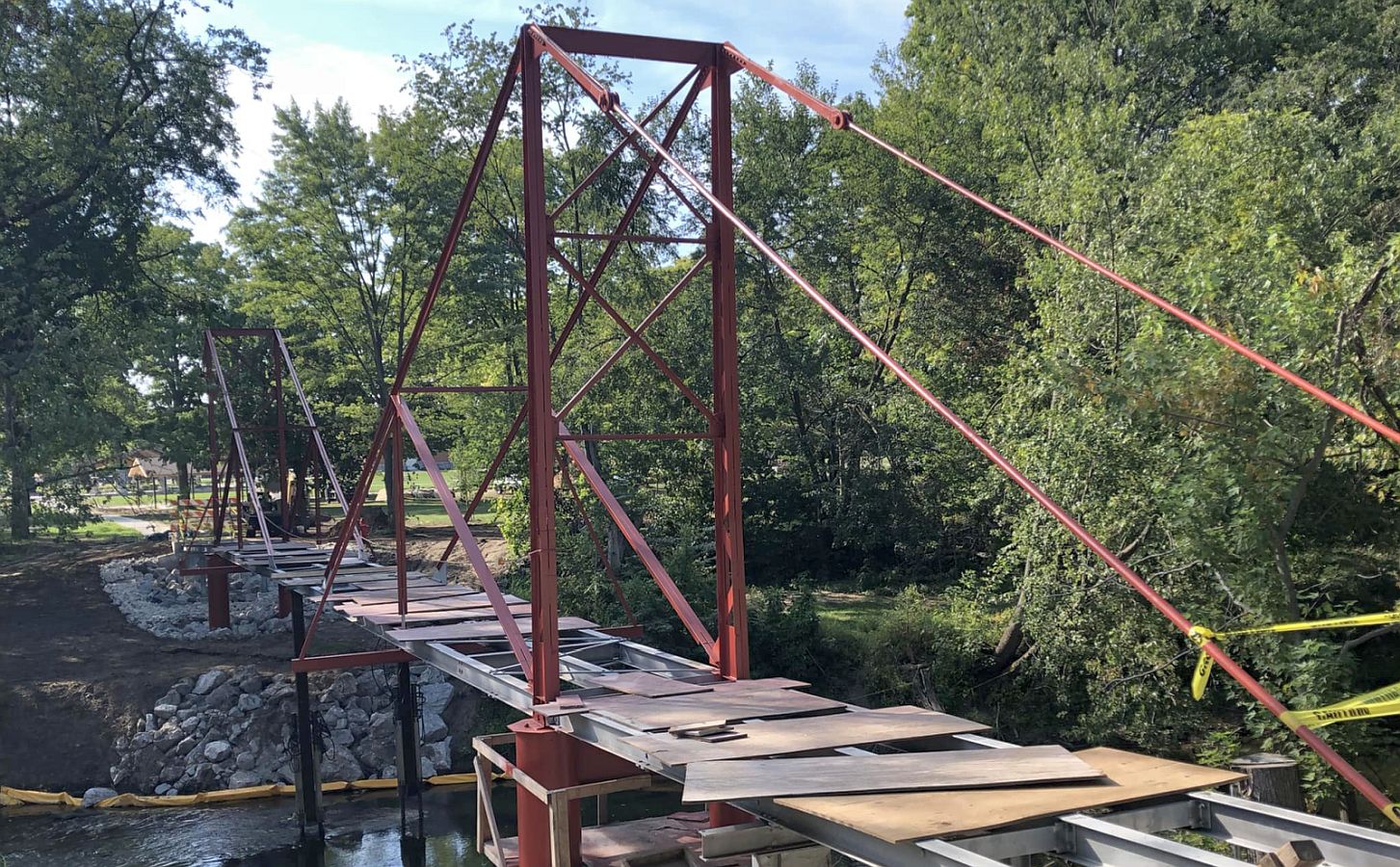 Members of the Plymouth Redevelopment Commission received an update on the projects in TIF District #2 during their meeting Tuesday evening.

City Attorney Sean Surrisi said things are going well with the River Park Square phase II project.  He said they are scheduled to be completed later this fall and commented that work on the Veterans Plaza is underway and the new angle parking on Garro Street is installed along with the new Pavilion.

The historic walking bridge project continues to move forward although he was just informed that there will be a couple of weeks delay because some fasteners used to attach the decking to the bridge are on backorder.  He said the decking is on hand and all the painting was finished last week.  The new railings should be installed later this week and next week.

The bridge is expected to be finished by the end of October.