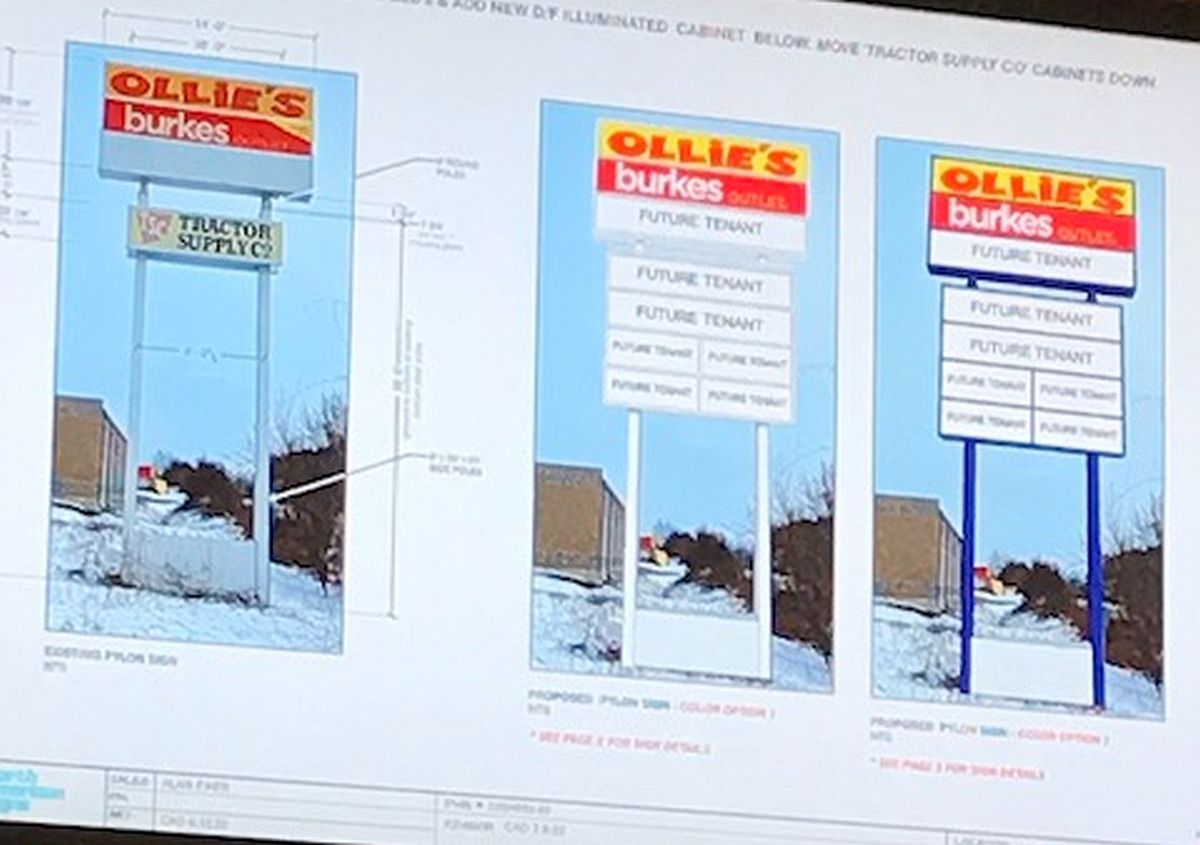 Michael Birt, Vice President of Construction and Property Management for Chase Properties appeared before the Plymouth Board of Zoning Appeals this week seeking a Variance of Use to allow the current pole sign at 1547 North Oak Drive, the strip mall along U.S. 30 to increase the size to 212.23 square feet.

The current sign is approximately 95 square feet, and the proposal was to add 115 square feet to allow the additional national stores in the complex to promote their selves on the sign.  The city standard is 75 square feet.

Birt said there are currently three stores on the sign, Ollie’s, Burkes, and Tractor Supply Co.  He said they currently have 3 additional retail tenants who have rights to place a sign on the poles and they are in final negotiation on lease agreements with two additional large national retail tenants and negotiating the sale of an out parcel with another.  The proposed design will allow for 9 tenant panels on the sign.

Birt said the base and poles for the current sign will remain and they plan to add several new panels for the other national tenants.  He noted that the “mom and pop” businesses would not be on the pole sign.

Plymouth BZA member Mark Gidley asked who manages the tree and shrub growth that have grown up along U.S. 30 which could impede the visibility of the sign.  Birt told the BZA he does not believe it’s their property, but they would be glad to maintain it if they can get the approval of INDOT because the growth appears to be in the highway’s right-of-way.

Mayor Senter suggested they contact the LaPorte District of INDOT.

Birt said RUE 21 had requested Chase look at clearing the growth to allow a better visual of their store.  Birt said while RUE 21 is leaving “we are close to getting someone to backfill that space as well.”

There were no comments during the public hearing and the Plymouth Board of Zoning Appeals unanimously approved the Variance of Use for Chase Properties.