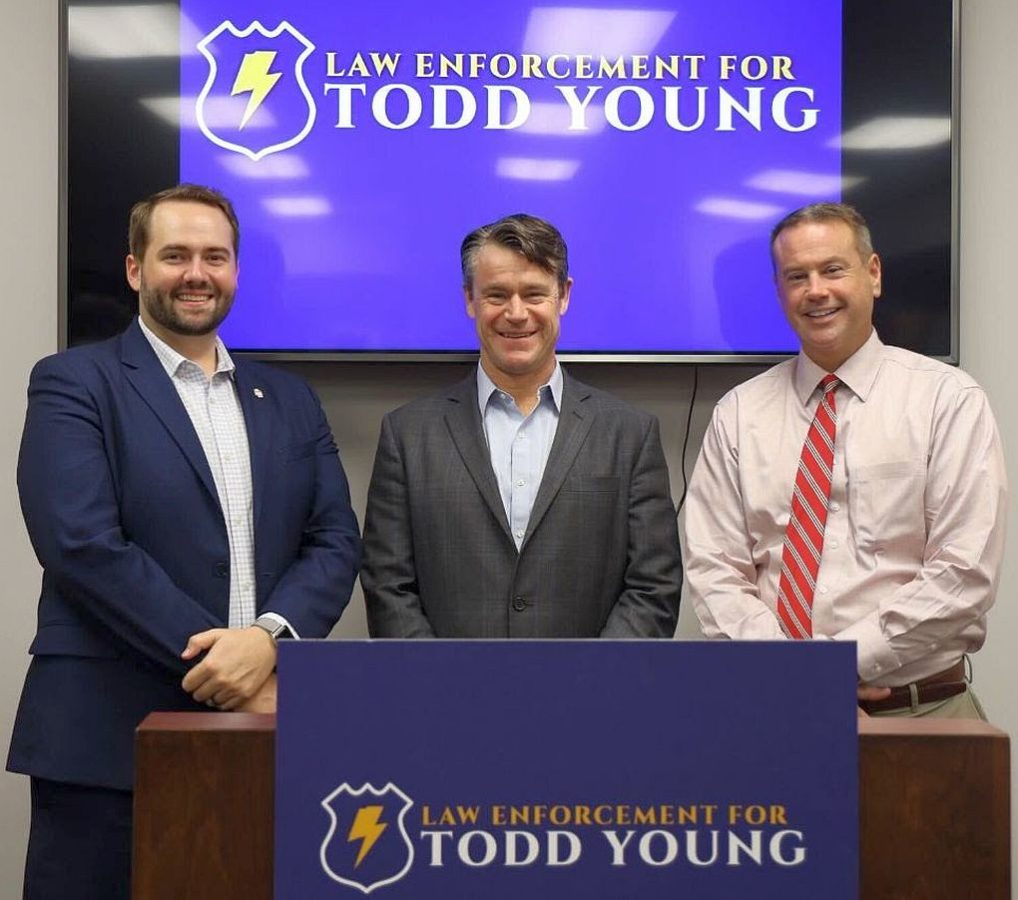 Last week on Thursday the Indiana State Police Alliance, by a vote of 25-0, unanimously endorsed Todd Young for U.S. Senate.

Later in the day, Young met with law enforcement officials in Evansville, New Albany, and Terre Haute, where he thanked them for their service to their communities and proudly accepted their endorsement.

“I am grateful that the Indiana State Police Alliance has unanimously endorsed me for the U.S. Senate,” said U.S. Senator Todd Young. “In Washington, I have personally worked to provide necessary resources and support for the mental health needs of our law enforcement officers. While Democrats continue to push to defund the police and demonize law enforcement, I will always stand up for our brave police officers who wake up every day willing to risk their lives to protect Hoosiers.”

Today, the Alliance has expanded its responsibilities to include increased member benefits such as legal assistance, legislative lobbying, funeral support and survivor benefits, college scholarships, and numerous community support activities throughout the state.