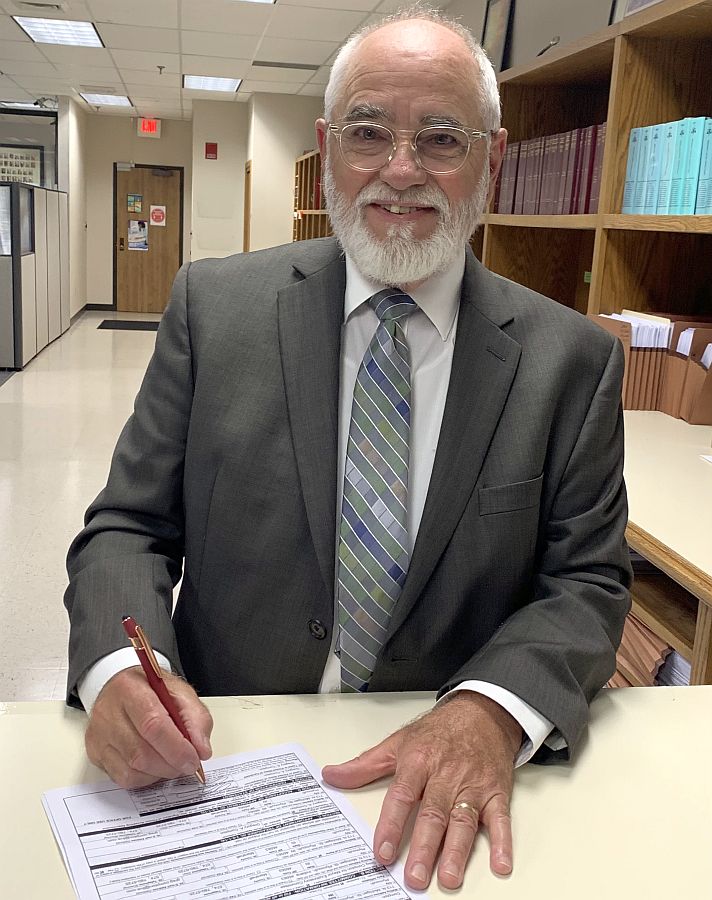 Councilman Greg Compton has filed a Candidates Exploratory Committee form with the Marshall County Clerk’s office. He is currently an At-Large elected official of the Plymouth Common Council.  A committee has been formed to explore the possibility of Greg running for Mayor of Plymouth in the 2023 election. A decision and possibly an announcement is expected sometime in December of this year. Community input and advice would be greatly appreciated. As City Councilman, Greg’s contact information is readily available on the City of Plymouth website. Contacting him is welcome.

Greg has been married to Jennifer for nearly 40 years and they have four adult children (John, Meredith, Neal, and Sam) along with three amazing grandchildren (Evan, Seth, and Odessa).

Last year, Compton proved to be an advocate for Riley Hospital for Children.  He raised over $26,000 for the children after walking the length of Indiana (262 miles).  In the mid-1920s, Riley Hospital gave Greg’s father the ability to walk. Greg believes miracles happen every day at Riley.

Compton has an extensive background in finance and business. He retired from KeyBank in 2020 after serving over 15 years as the Plymouth Branch Manager. Formally, Greg worked as Managing Director for IC Intracom UK located in Northamptonshire, England, as former Marketing Director of IC Intracom USA, and was President and founder of HQ Computer Product (sold to IC Intracom in 1997) in Pensacola, Florida.

Compton was active with the Boy Scouts of America with his sons, serving as Den Leader and Cub Master in the Cub Scouts and a member of the Board of Directors including Chairperson for the local Boy Scouts (Florida). Greg volunteered with Junior Achievement for two years at Riverside Middle School and recently volunteered with Kids Hope in Plymouth as a mentor. Greg is a member of St. Michael Church and worships at Crossroads Church as well.

Compton takes great pride in his involvement within the community. Regardless of the outcome of the decision to run for mayor, his enjoyment and time spent serving the community both now and, in the future, will continue.