New type of challenge in week two for the Rockies 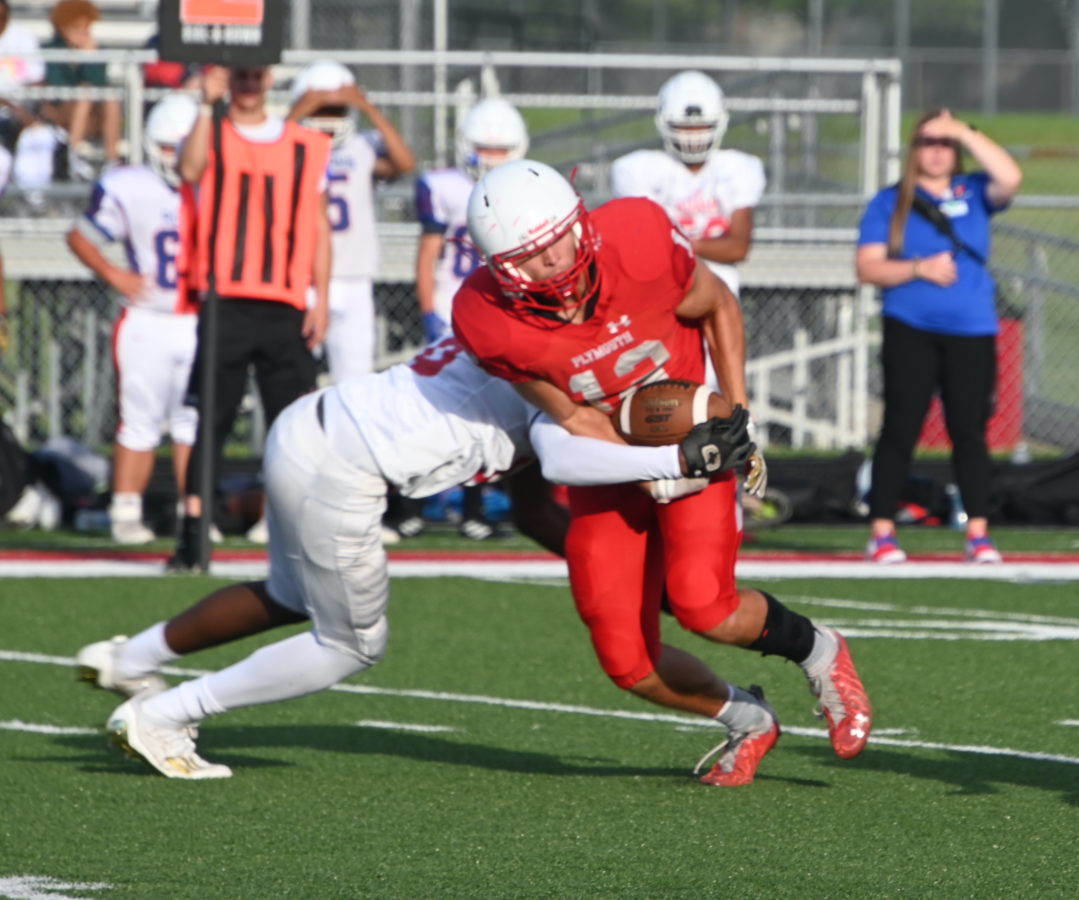 PLYMOUTH — There is a sports cliche about the score not indicating what kind of a game it really was and Plymouth’s Rockies are hoping to prove that true after their week one loss to East Noble.
The Rockies fell in their opener with new head coach Adam Handley but there were a lot of things to applaud in spite of the final.
“It was finally nice to get that first game under our belt. I’ve been through an opening night before but everything is new all the way back to our pregame talk and pregame ritual, so that is out of the way and will be a lot smoother this week,” said Handley.
“It was nice to see some of the plays we drew up work,” he said. “There are things that we need to step up, there are some things that just weren’t crisp. Overall we liked what we saw on the offensive side of the ball we need to continue to fine-tune and get better with some of those things.”
“We have to be more consistent,” said Handley. “We can’t have a run play go for one or zero, we can’t have penalties. We just have to be more consistent.”
The defensive unit took their fair share of lumps but found some things to build on.
“Defensively you are going to have some things not go your way and how do you respond? Where do you go from that?” said Handley. “They (East Noble) were driving and then inside the red zone they (Plymouth defense) buckled down and got an interception to end that first drive. Over time they wore us down and we ran out of steam.”
This week’s trip to Kokomo will provide a completely different challenge for the defense. The foot-to-foot line splits and a backfield of skill players that are all over 200 pounds highlight a WildKat offense that is “in your face” to say the least.
“It’s the same offense that they’ve run for years. It’s not flashy, there aren’t any bells and whistles,” said Handley. “They are going to run the ball and they are going to run right at you and they will do it well.”
“They are very disciplined and big and physical up front. They played a really good Leo team last week and beat them.”
“They run a three front similar to what East Noble did but they will blitz linebackers more than East Noble did,” he said. “They run some sneaky stunts where they get lineman and linebackers in open space so they can make some plays. We’ve been talking about that all week to get ourselves in the right position. They are very physical and aggressive up front. We are going to try to use that to our advantage.”
“I think it’s going to come down to who is going to execute, and who will take the advantages that they get,” said Handley. “We feel there are some things offensive that we can exploit and have some success, and the same thing with our defense.”