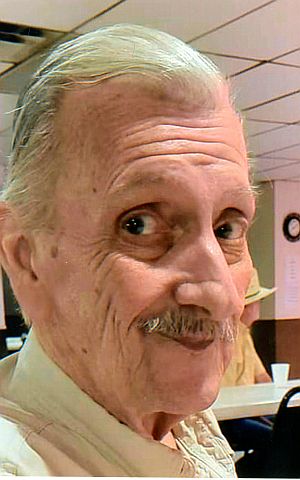 Elwood L. Kepler, 75, passed away on Saturday, August 20, 2022 at Methodist Hospital, Merriville.
Born on June 17, 1947 he was the son of Emmanuel and Hazel (Pelkey) Kepler. He attended Plymouth High School graduating with the class of 1966.
Elwood worked for Honeywell for most of his life. From fuel control assembly, to the brake division and finally for Allied Signal rebuilding missile control before retiring in 1998.
He was known as an easy going, fun loving but somewhat ornery man that would give his shirt off of his back to anyone. Most would say that he never knew a stranger. His children would tell you that he would respect everyone that he encountered. His work ethic was one of his strongest attributes that they would love to carry on.
Elwood played the drums in a country music band called Crystal Canyon and enjoyed just about every style of dancing.
He is survived by his children: Alan (Kelly) Kepler of Ft. Wayne; Jacqueline Kepler of Mishawaka; Samantha (Kenneth) Lynd of Bourbon; nieces: Jennifer (Allen) Foote of Florida; Barbara (Mitchell) Porter of Oklahoma; 10 grandchildren and 8 great-great grandchildren.
He is preceded in death by his parents and his sister Carol Thomas.
Visitation will be held on Friday, August 26, 2022 from 11-1 pm at the Johnson-Danielson Funeral Home, 1100 N. Michigan Street, Plymouth. Funeral services will immediately follow with Life Celebrant James Smart officiating.
Burial will take place in the New Oak Hill Cemetery, Plymouth.
Memorial contributions may be sent to the American Cancer Society, PO Box 681405, Indianapolis, IN 46268.
Condolences may be sent to the family through the website:  www.johnson-danielson.com<http://www.johnson-danielson.com>