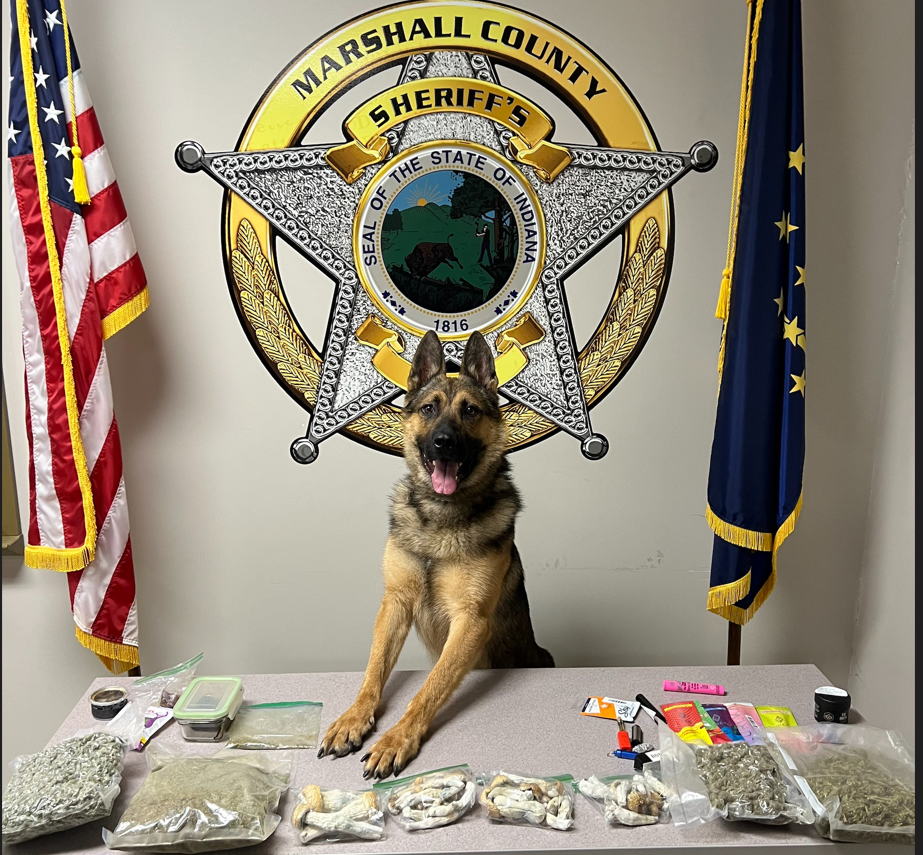 On Thursday, August 18, at approximately 3:00 AM Officer Jordan Rans conducted a traffic stop on U.S. 30 west of U.S. 31 for traffic violations.

During the course of the stop, K9 Officer Bear was deployed to conduct a free air sniff around the vehicle. He alerted to the presence of the odor of narcotics emitting from the vehicle. A probable cause search of the vehicle was conducted, and Officer Rans found a few pounds of suspected marijuana, nearly a half-pound of suspected mushrooms, suspected methamphetamine, suspected cocaine, and several vapes containing THC.