Robert A. McKee, 82, of Elkhart formerly of Plymouth 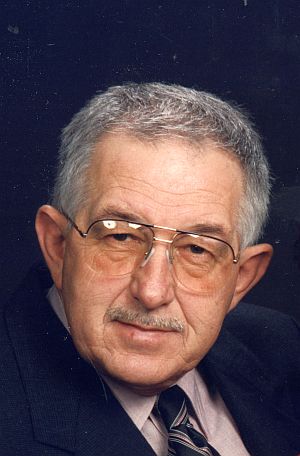 Robert A. McKee
September 17, 1939 – August 15, 2022
ELKHART- Robert A. McKee, 82, passed away on Monday, August 15, 2022 at home surrounded by his loved ones.
Born on September 17, 1939 in Plymouth, Indiana he was the son of Reed and Josephine (Stark) McKee. He attended Plymouth High School graduating with the class of 1957. After graduating he proudly served with the Marine Corps as an infantryman. Robert married the love of his life Marianne on December 14, 1960 in Newbern, NC. She preceded him in death on December 23, 2016.
Robert would serve with the Indiana State Prison as a Lieutenant retiring after 33 years of service in 1998. He was instrumental in organizing the union inside of the prison, and for his outstanding work he would receive the Council of the Sagamores of the Wabash for his dedicated service from the late Governor Frank O’Bannon.
Robert was known as a very organized, strong-willed man that loved his family. His children will always admire how strong his work ethic was. He was a music Enthusiast listening to everything from Opera, blue grass and rock.
He was a member of the Hog Harley Organization for Enthusiasts and loved traveling the country with his wife. Robert was also a lifetime member of the NRA, the Good Shepard Lutheran Church in Bardstown, KY, the American Legion and the Fraternal Order of the Eagles.
He is survived by his children: Michelle Daniels of Mishawaka; Debra McKee of New Carlisle, IN; Michael (Lisa) McKee of Elkhart; Daniel (Amanda) McKee of Bardstown, KY; sister Margie Cook of Plymouth; grandchildren: Angela (Joshua) LaBrake, Rick (Sarah) McKee, Bobby McKee, Ryan (Morgan) McKee, Brandy (Garret) Brubaker, Reed McKee, great-grandchildren: Sawyer McKee, Adelynn LaBrake, Sayler McKee, Leah McKee, Corbin LaBrake, Ryder McKee, Alice Brubaker, Evelyn Brubaker, Griffin McKee, Brooklyn LaBrake with 2 more great-grandchildren on the way.
Robert is preceded in death by his wife Marianne, parents, brothers: Harold McKee, Charles McKee, Forest Mckee and Wayne Mckee.
Visitation will be held on Monday, August 22, 2022 from 11-1 pm EST. at the Johnson-Danielson Funeral Home, 1100 N. Michigan Street, Plymouth. Funeral services will immediately follow with Pastor Eric Ahlemeyer officiating.
Burial will take place in the New Oak Hill Cemetery, Plymouth with military honors conducted by the United States Marine Corps Honor Guard and the Plymouth Am. Legion Post #27.
Memorial contributions can be made to the Navy-Marine Corps Relief Society, Attn: Development Department 875 N. Randolph St. Ste 225 Arlington, VA 22203.
Condolences may be sent to the family through the website:  www.johnson-danielson.com<http://www.johnson-danielson.com>