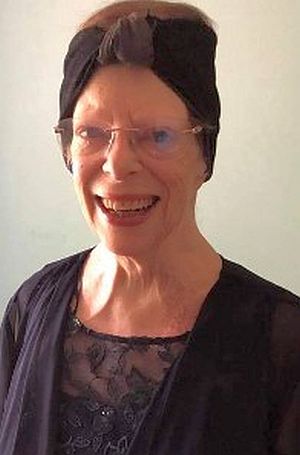 Margaret “Peg” T. Salkay, 76, passed away on Thursday, August 11, 2022 at home in the care of her loving daughters.
Born on February 5, 1946 in New York, New York she was the daughter of Zoltan and Margaret (Brown) Salkay.
She attended Nathan Bedford Forest High School in Jacksonville, FL. graduating with the class of 1964.
She received her Bachelor’s Degree in psychology and philosophy from St. Mary’s Dominican College in 1971 and her Master’s Degree in social work at Tulane University in 1976, both in New Orleans, LA. She lived in New Orleans for 15 years, were she focused on her social work. From there she moved to St. Louis, IL. where she continued her private practice in social work for 9 years. After adopting her oldest daughter she made the move to South Bend, IN. were she a took leave from social work, opened a licensed daycare, and also became a licensed massage therapist. After adopting her second daughter, she felt called to return to the field of social work. Soon thereafter, she started working in Plymouth, IN. and moved her family. She would continue working at Brighter Tomorrows until her retirement. Once retired, she felt called to keep working and started volunteering for the organization, And Then There Were None, where she was still on staff, up until the time of her death.
Peg was always striving to see the good in everyone. She was loving and truly cared for anyone who crossed her path. Peg was a loving and attentive mother, who taught her daughters so much and was their biggest supporter and friend. Her grandchildren were her pride and joy. Driven by her devout faith, she was a long time member of Saint Matthew Cathedral Parish. After her move to Plymouth as a parishioner at Saint Michael Catholic Church, she became a member of a parish rosary group, leading to a life time of faith building and friendships. In 2016, she also responded to the call of a professed member of the Immaculate Conception Secular Franciscan Order.
Through her many heath battles Peg’s faith never waivered. She loved to listen to music, learning new things and then teaching others about them, reading, telling stories, listening to others and enjoying the everyday beauty around her. Her joys in life were simple; her family, friends, animals, social work and faith.
You could find her lighting up the room with her smile, laughter and pure joy that she shared.
She is survived by her children: Erin (Greg) Snyder of Plymouth; Marcy Salkay of Grand Rapids, MI; sister, Bambi (Wiley) McIlrath of Jacksonville, FL; brother, Stephen Salkay; grandson’s, Luke and Logan Snyder, 4 nieces and 2 nephews.
Peg is preceded in death by her parents and her stepmother Virginia Howland Allen
The Franciscan Crown Rosary will be recited at 10:30 a.m., Friday, August 19, 2022 at Saint Michael Catholic Church, 613 N. Center Street Plymouth, IN. Visitation to follow 11-12 p.m. The Mass of Christian Burial with Fr. Keeton Lockwood officiating will begin at 12 p.m. Burial will immediately follow at the St. Michael’s Catholic Cemetery, Plymouth.
Memorial contributions can be made to And Then There Were None, PO Box, 2571 Round Rock TX 78660 or to the Immaculate Conception Secular Franciscan Order, c/o Sr. Agnes Marie Regan OSF, St. Francis Convent, 1515 Dragoon Trail, Mishawaka, IN 46544.