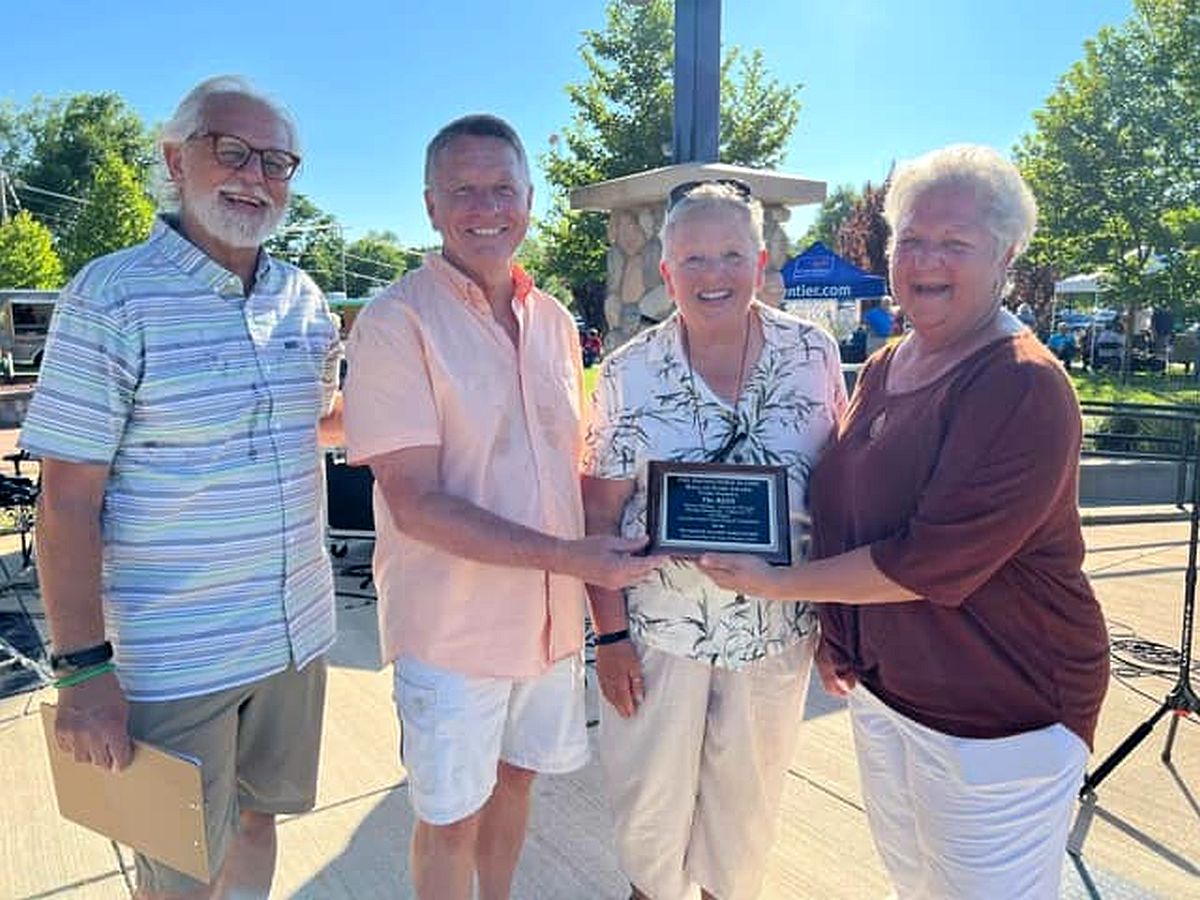 The fourth PHS Alumni in the Park was held Friday evening in River Park Square.  Mayor Mark Senter welcomed all alumni present and introduced Jan Beam to begin the alumni portion of the evening’s events.  Jan welcomed Greg Compton, for the class of 1972 who served as master of ceremonies.  He in turn welcomed his classmates who were on hand celebrating their 50th alumni.  Compton also recognized several other classes in attendance and introduced Plymouth Community School Corporation Superintendent, Mitch Mawhorter.  Mawhorter spoke about the Plymouth Schools and his first year in the position.

Greg Compton then introduced Randy Danielson and Donna Pontius who gave an update on the REES Project.  The Grand Reopening starts on Saturday, October 1st, and will be a week-long event with a variety of festivities including a Trumpet Challenge where they a hoping to have 400 trumpeters participate.

Compton also introduced Jack Davis from the Class of 65 who proceeded with recognition of the 2022 Distinguished Alumni Hall of Fame, The Rees Project with Randy Danielson from the class of 72, and Donna Pontius from the class of 69. Co-chairs of the REES committee.

In their nomination, it recognized multiple alumni who were making a difference for the entire Plymouth community in this project that started in 2016 and will be here for generations of alumni in the future.  PHS Alumni have been extremely supportive of the project including WTCA and the Pilot News, many area businesses and industries, and a number of PHS alumni who have volunteered countless hours on the project.

In closing, Jan Bean thanked Mayor Mark Senter, Laura Banning Mann class of 84, and the park department employees for their work in making the evening possible

Next year’s PHS Alumni in the Park will be held on the first Friday of August, August 4th at 6 p.m. in River Park Square.