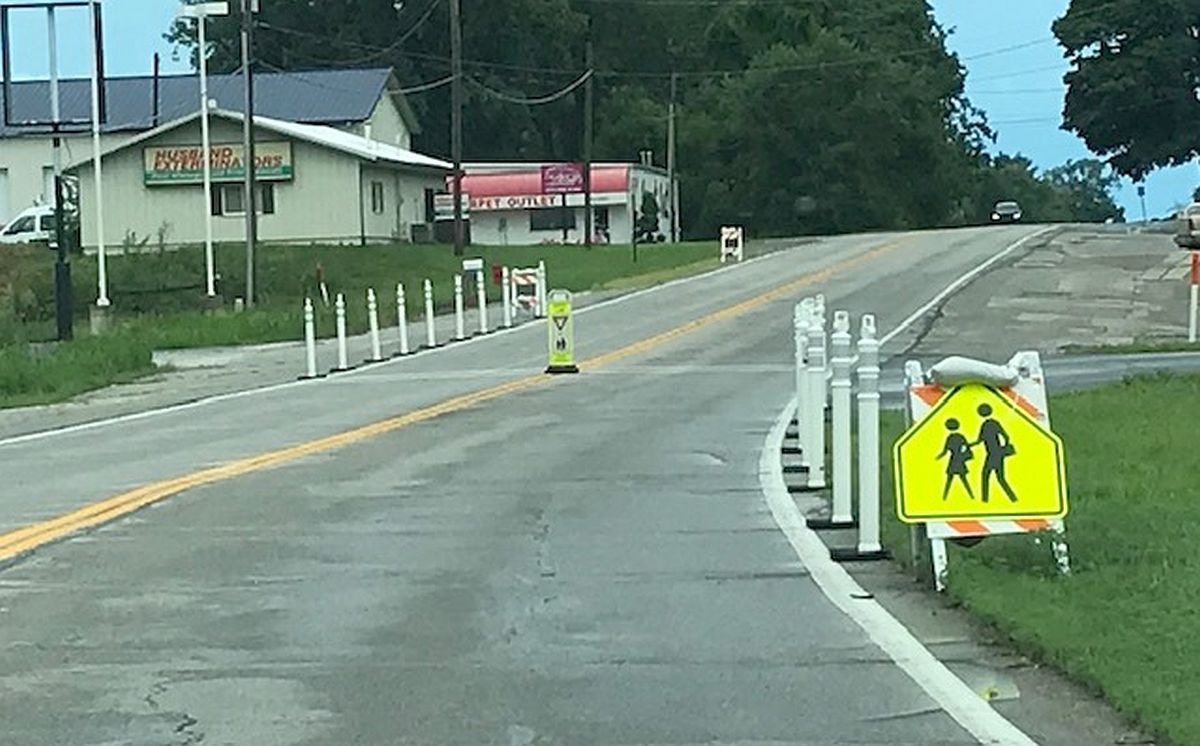 Shook said told the board they are placing ballards to squeeze the road slightly, adding signage to reduce the speed limit, and creating a temporary crosswalk on the street.

Marquardt said delineators are set right at the road’s edge to encourage drivers to slow down.  He noted that this is another one-month project the Complete Streets Committee is undertaking before making a formal request to make permanent improvements.

The second project is for downtown Plymouth at Michigan and Garro Streets.  This project would include extending the existing curbs on all four corners out into the roadway creating a shorter path for pedestrians and bikers to cross the street while visiting the downtown area. The plan is to use large flowerpots sitting out further into the roadway making the crosswalks shorter and safer for walkers.

Councilmember Jeff Houin also sits on the Complete Streets Committee and said, “We’ve spent a lot of time talking about different options and these two projects rose to the top as both feasible and most impactful for a temporary trial.”

The Complete Streets Committee received approval from the Board of Public Works and Safety for both projects although INDOT will have the final say-so on the Michigan and Garro Street intersection.  The hope was to have the temporary crosswalks up for the month of August, but INDOT hasn’t approved the request yet so that project may not happen until mid-month or maybe not at all.