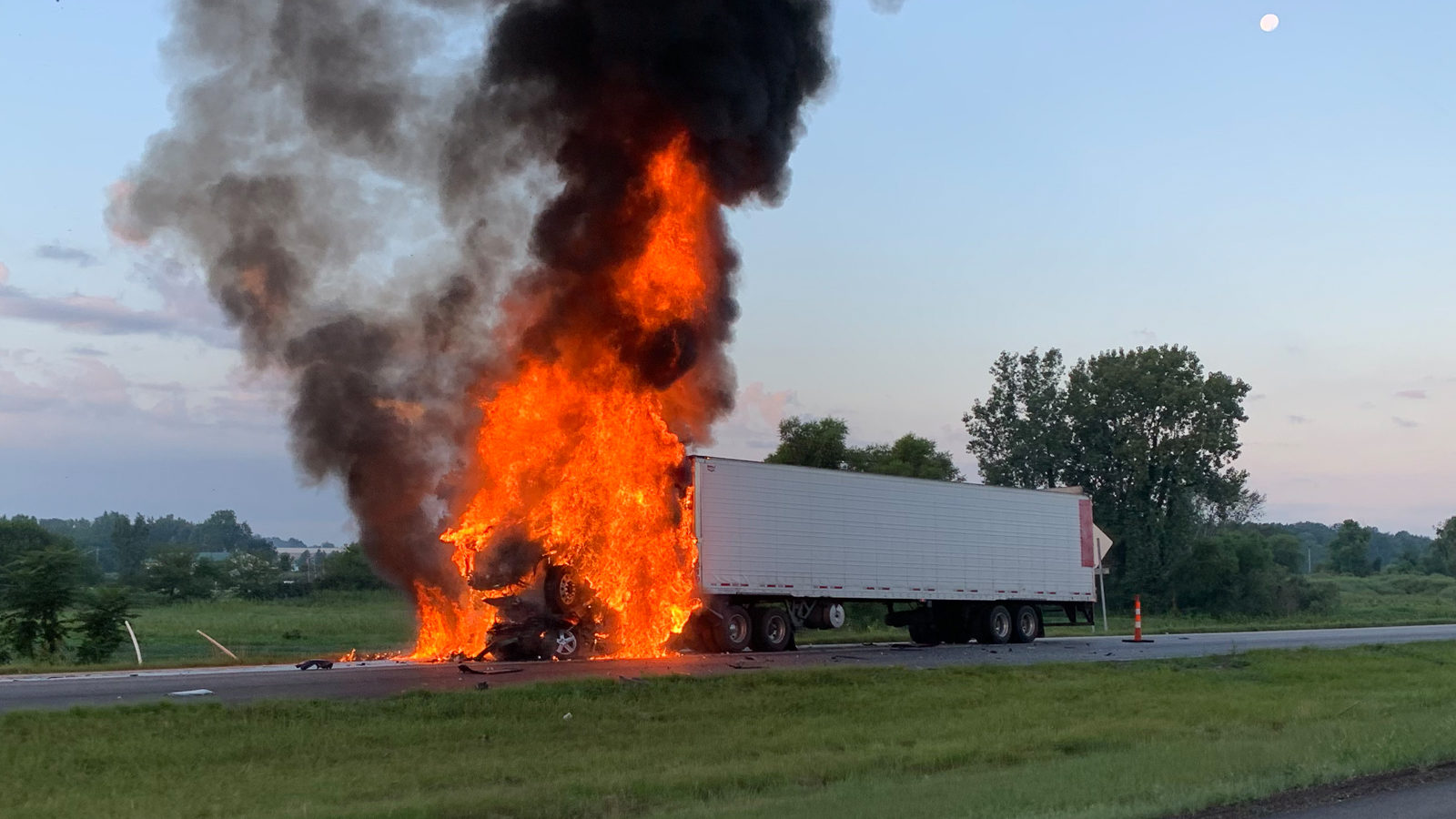 Marshall County Prosecutor Nelson Chipman announced Tuesday a grand jury was convened last week and returned an indictment in four counts against Inderjit Singh Sidhu, 29, charging two counts of Reckless Homicide and two traffic infractions. It is alleged that on August 24, 2021, “Sidhu did recklessly kill John Paul David Eckel by operating a truck in plain, conscious, and unjustifiable disregard of harm that might result and the disregard involves a substantial deviation from acceptable standards of conduct.”  Count II of the indictment similarly charges Reckless Homicide in the death of Patric John McGlynn.  The two infractions relate to an allegation of speed greater than reasonable under conditions and following too close.  Chipman emphasized that these are mere allegations, and that Mr. Sidhu is presumed innocent.

McGlynn and Eckel were the driver and passenger, respectively, of a 2009 Nissan Rogue driving eastbound on U.S. 30 just west of the railroad crossing between Pioneer Road and Oak Drive.  The Indiana Officer’s Standard Crash Report designates the time as 7:24 a.m. on August 24.  The Report notes the area was designated a construction zone requiring the normally two lanes headed east to be reduced by markings and signage to one lane.  A tanker truck carrying a hazardous liquid material was slowing to a stop as it approached the railroad tracks. The Nissan passenger vehicle was behind the tanker also slowing to a stop.  Sidhu was operating a 2019 Freightliner semi-tractor trailer and rear-ended the Nissan and immediately impacted the rear of the tanker truck.  Sidhu’s truck and the Nissan passenger vehicle were completely consumed in the subsequent fire.

Sidhu and his co-driver, who was in the sleeping berth of the truck, were able to escape the fire with minor injuries.  The driver of the tanker truck also had minor injuries.  Eckel and McGlynn, both with a LaPorte address and both formerly from Connecticut, died in the collision.  The respective certificates of death listed as the cause of death for both Eckel and McGlynn as multiple blunt force trauma and extensive thermal burns due to a motor vehicle crash, and the interval between injury and death was instant. Neither alcohol nor drugs were detected for any driver in the crash.

An initial hearing for Sidhu to have the charges read and to be advised of his rights is scheduled in Marshall Superior Court 1 for October 4, 2022 at 8:30 a.m.  Chipman reported that he has been in contact with Sidhu and is confident he will obey the summons to appear in open court on October 4.  At that date and time, Chipman expects Judge Robert O. Bowen to order a scheduling of the matter to a timely conclusion.

Readers are reminded that criminal charges, including an indictment, are mere allegations and that the person so charged is presumed innocent of the allegations unless or until proven guilty beyond a reasonable doubt in a court of law.