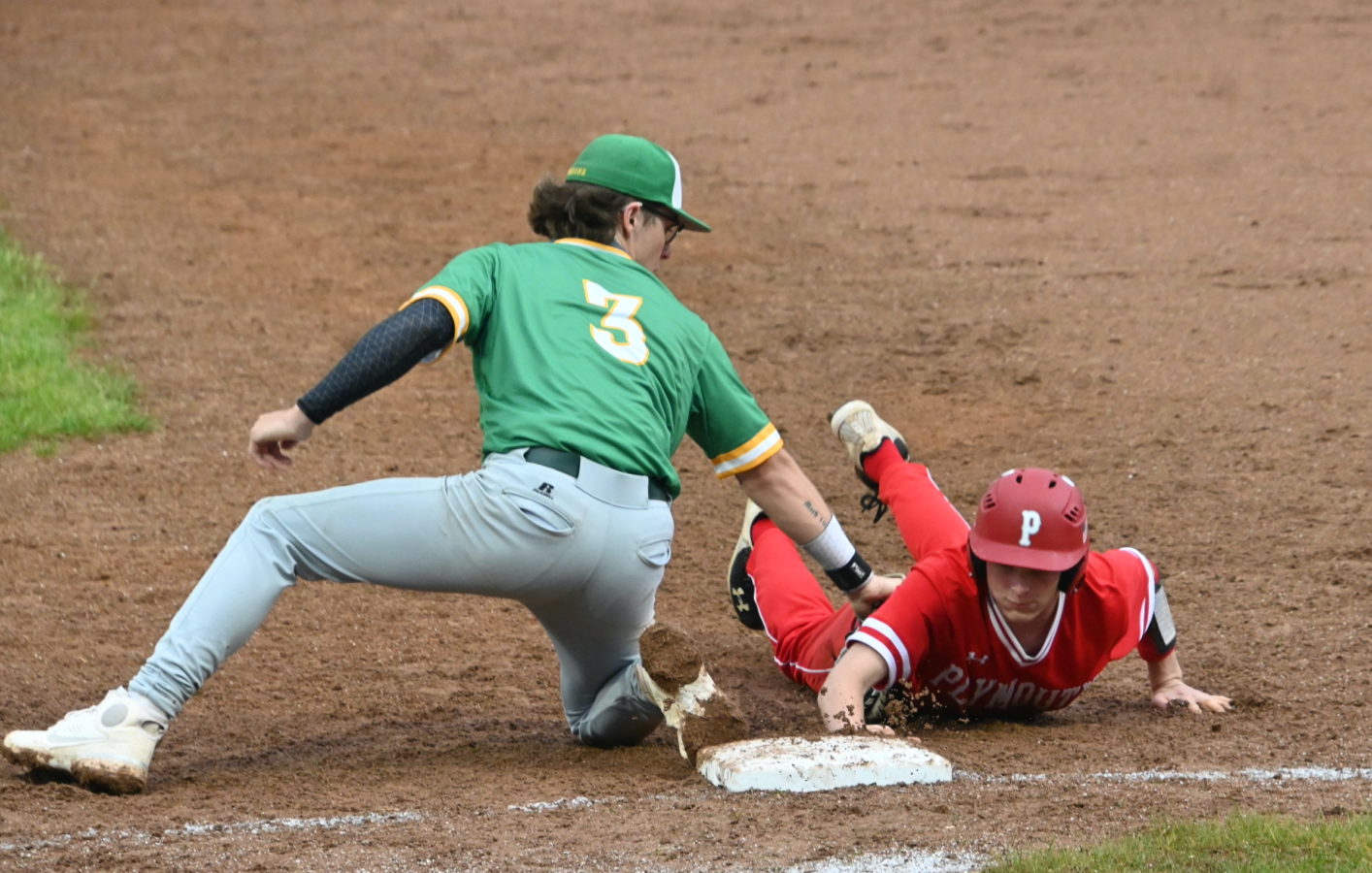 PLYMOUTH — Plymouth’s woes at Bill Nixon Field continued as the Pilgrims dropped their final NLC contest to Northridge by a final of 9-5.
The win by the Raiders assures them of at least a share of the NLC title depending on the outcome of the Goshen vs. NorthWood game. The loss drops Plymouth out of contention for the title.
The loss also moves the Pilgrims to 4-12 at Bill Nixon Field.
“A couple of defensive miscues early — that we worked on last night actually,” said Plymouth head coach Ryan Wolfe. “We just have to learn to execute early and keep ourselves in the ball game. They have some kids that are fast and sometimes you just have to get rid of the ball. We’ve got a couple of positions where we are still learning the speed of the game a little bit.”
Plymouth starter Skyler Aker and Northridge starter Trevor Yoder were locked in a pitcher’s duel for most of the game and Northridge gave their starter a pair of runs in the third to work with.
Max Horner had a big two-out single to drive in two runs in the inning. Northridge plated four more in the fourth helped by the two Plymouth errors.
In spite of the score, Aker had a second straight strong outing throwing 103 pitches 65 of them for strikes walking just one and striking out three.
“He was right around the plate. His curveball was working well, he was right around the plate,” said Wolfe. “He took charge. He wanted the ball in the middle innings. He was really sharp. That’s what we have to have. He and Matt (Manzuk) their last two outings have done really well and have really done well all year. The focus now is to keep them healthy for the sectional.”
Three runs by Northridge in the seventh were the difference in the game.
“The three they got there extended their lead enough that we needed a real big inning there at the end,” said Wolfe. “We did what we had to do to push a couple across but it was just out of reach.”
Plymouth answered in their half of the seventh with three keyed by a pair of double from Trey Hall and Cam Shively but it was too little too late.
Plymouth got big contributions off the bench including a solo home run from Michael Sheely to put the Pilgrims on the board.
“We had some guys get opportunities tonight that hit some balls really well,” said Wolfe. “We are trying to find the right combination of guys depending on who starts on the mound. Where you start the game may not be where you end the game based on the things we do. You just have to be ready whenever you get called on.”
“That makes my job tough. I’ve got a lot of kids who do a lot of things really well,” he said. “Those guys on the bench every night have to be ready to go in. Your opportunity is coming.”
That opportunity will come again on Saturday as the Pilgrims (12-13) will head to McCutcheon for their annual trip to take on Decatur Central in a three-way tournament.
•NORTHRIDGE 9, PLYMOUTH 5
at Bill Nixon Field
Northridge 0 0 2 4 0 0 3 9-10-0
Plymouth 0 0 0 0 1 1 3 5-10-2
WP — Yoder (3-1). LP — Aker (3-4). HR — Sheely (P). 2B — Collins (N), Shively 2 (P), Feece (P), Hall (P).