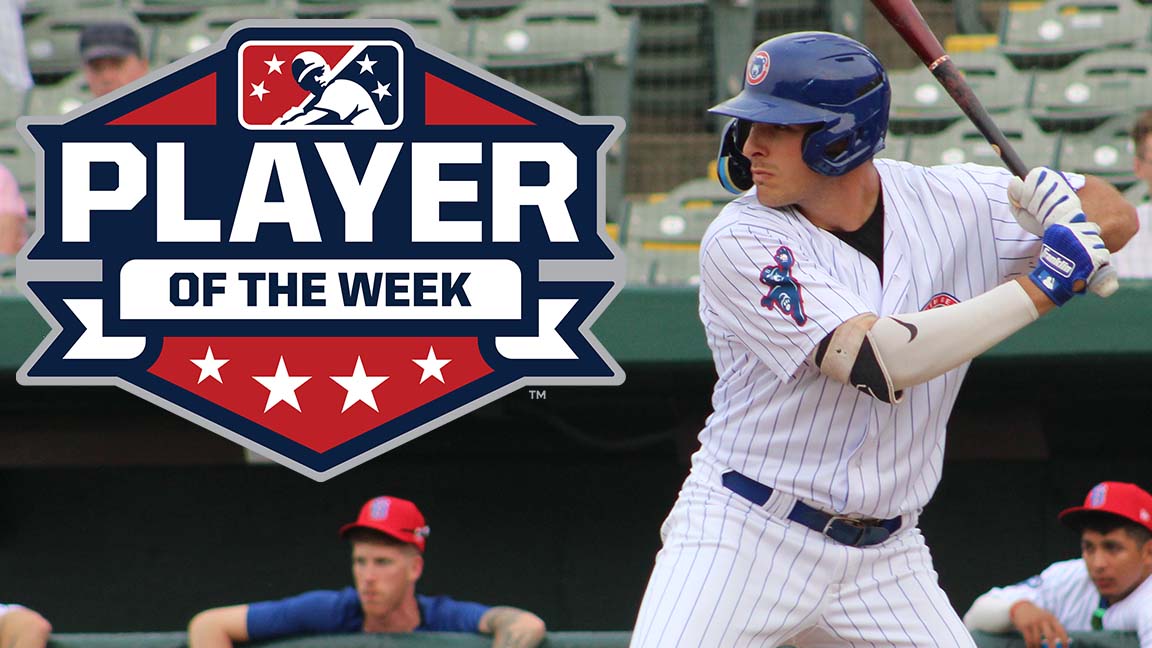 Mervis hit .415 in a 12-game homestand with a walk-off homer versus Fort Wayne

SOUTH BEND — With a monstrous performance in the team’s 12-game homestand, in which the South Bend Cubs went 11-1 against the Peoria Chiefs and Fort Wayne TinCaps, first baseman Matt Mervis has been named the Midwest League Player of the Week. It is the second time this month that a Cubs player has been presented with league honors, after Alexander Canario was awarded the same title on May 2.

During the 12 games, Mervis had possessed the longest hitting streak in High-A baseball at 13. After a hitless day on May 8, he started a new charge by getting hits in five games in a row to end the weekend. In total, the Washington, D.C. native hit .415 (17/41) with four home runs and 13 RBI.

One of those four home runs came in walk-off fashion as the Cubs came back to defeat Fort Wayne on May 10. Mervis powered the South Bend lineup with two home runs, the latter of which was in the 9th inning. Facing right-hander Luke Boyd, Mervis hammered a two-run homer to beat the in-state rival TinCaps.

Later in the series, the Cubs scored 11 runs on back-to-back nights. The first big outburst produced 21 hits. Mervis had four of those 21. In total, Mervis’ batting average stands at .350 with seven home runs and 29 driven in. He is just two round-trippers away from matching his 2021 total with Low-A Myrtle Beach.

Next up, the South Bend Cubs will head north to Appleton, Wisconsin to take on the team directly above them in the Midwest League West Division. The Wisconsin Timber Rattlers are two games ahead of the Cubs, and this next six-game series could play a huge part in deciding who will contend with the first-place Cedar Rapids Kernels for the first-half division title.

The first pitch on Tuesday night from Fox Cities Stadium is set for 7:40 PM EST.