Pilgrims get back in win column at Goshen 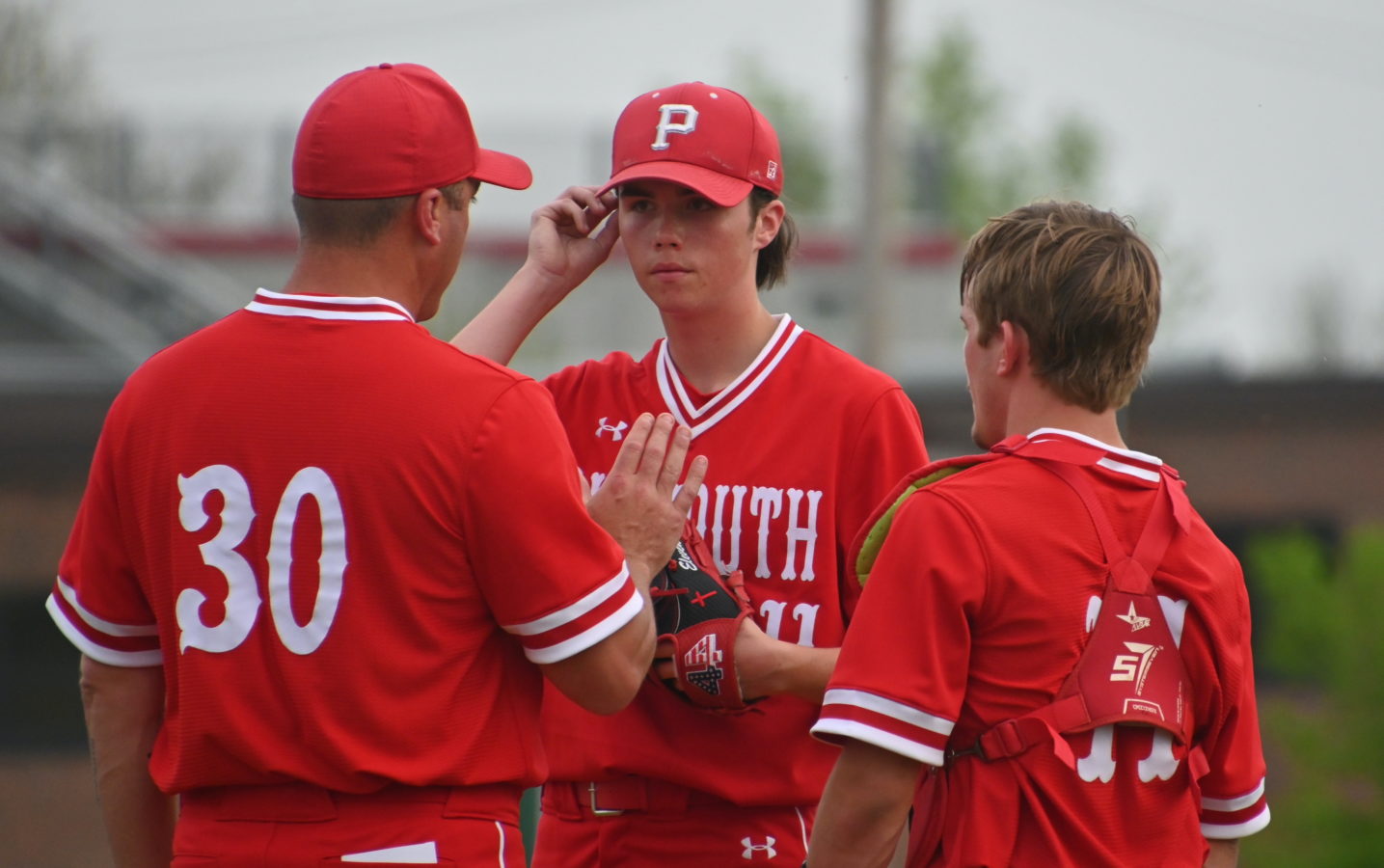 GOSHEN — The marathon week for Plymouth’s Pilgrims hit night number three in a row and a road trip to Goshen ended in a Plymouth win 8-4.
“To come up here and get them after they got us at home and stay in the hunt. That’s what it was about to play meaningful games down the stretch,” said Plymouth head coach Ryan Wolfe. “Give credit to our kids for come back after a tough one last night and play like they did.”
The Pilgrims pushed one across right away in the first with a double by Tanner Feece and an RBI single by Matt Manzuk.
Plymouth struck for two more in the third on Boston Berkeypile’s RBI single, another in the fourth and two more in the fifth to take a commanding 6-0 lead.
Meanwhile starter Skyler Aker was sailing through five giving up just one hit and striking out eight without walking a hitter.
“After last night and playing extras on Monday we really needed to have somebody come out and give us what he did,” said Wolfe. “His pitch count got up there and so we brought in Tanner to finish up.”
In the sixth Goshen got through to Aker roughing him up a bit for four runs on four hits and climbing back to within two.
Plymouth grabbed two of their own back in their half of the seventh on a big 2 RBI single by Preston Wolfe.
Goshen came right back to put runners at second and third in their half with just one out, but Feece got two straight strike outs to end the threat and the game.
“We love making things interesting but I thought both of them (Aker and Feece) made big pitches when they needed to,” said Wolfe. “Skyler had a couple big strike outs there. They have a good ball club and they put a lot of pressure on you and I thought we had some good swings and misses there.”
The Pilgrims played a text book game at the plate, getting a lead and extending it and continuing to attack for all seven innings.
“We did a good job getting the lead and then keeping pressure on them,” said Wolfe. “When you get a lead early you relax a little bit and are able to run the bases and do some different things. We had some big hits there to push across some big runs.”
Plymouth is now 10-11 and the week continues Thursday night at Bill Nixon Field with New Prairie in a game with a 6 p.m. start.
•PLYMOUTH 8, GOSHEN 4
at Goshen
Plymouth 1 0 2 1 2 0 2 8-10-1
Goshen 0 0 0 0 0 4 0 4-5-3
WP — Aker. LP — Turner. S — Feece. 2B — Feece (P), Weidner (P), Pinarski (G).