Northridge wins walk off over Pilgrims 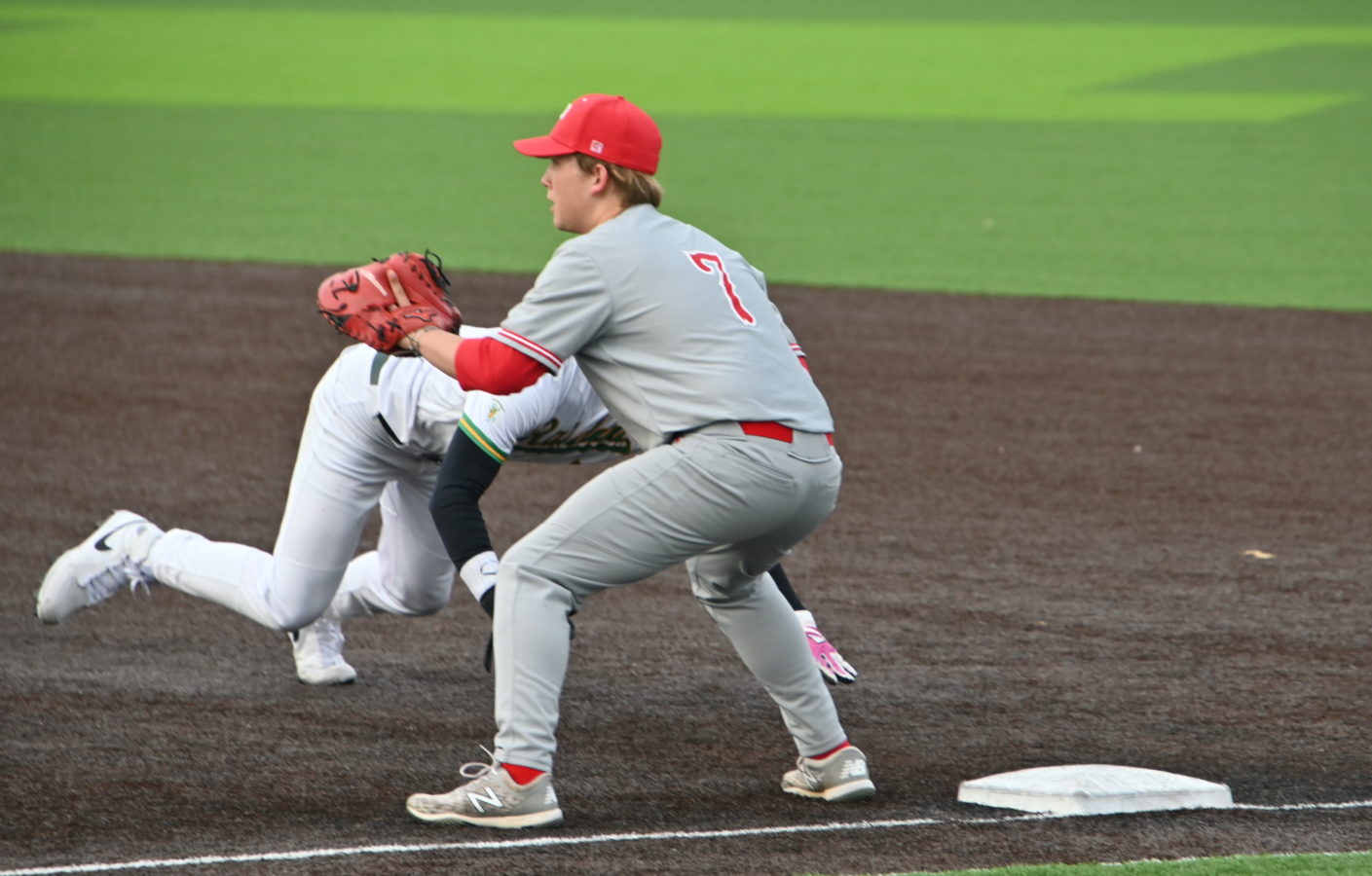 MIDDLEBURY — Plymouth’s Pilgrims dropped a heartbreaker on the road with a 5-4 NLC loss to Northridge.
With the game tied at four in the bottom of the seventh, Northridge center fielder Max Horner led off with a single-off reliever Tanner Feece stole second, and after the bases were loaded scored on a walk-off single by Korey Beehler.
“We gave ourselves a shot,” said Plymouth head coach Ryan Wolfe. “They hit the ball well early in the game I thought Matt settled in and Tanner came in and did a good job. They had one more than us.”
Northridge came out red hot with three straight hits off starter Matt Manzuk and after a couple of stolen bases, plated two runs.
The Raiders added one more in the second and another in the third and Northridge starter Trevor Yoder was sailing with a two-hitter.
“Their one through five hitters are tough outs,” said Wolfe. “They hit the ball hard but once we settled in and were able to get our curveball over a little more we were okay. They (Manzuk and reliever Tanner Feece) kept us there and gave us a chance, they just had one more than we did.”
The Pilgrims exploded in the fifth for four runs the big blows a two-run double by Bradey Pittman and a two-run triple by Tanner Feece to tie the game.
“Someday I’d like to get on top early and then extend the lead but we hang around, we don’t get too up and down, we stay in the ball game,” said Wolfe. “Our pitchers overall have given us a shot to win every game.”
Plymouth tried to take the lead in the seventh when Preston Wolfe got on base on an error to lead off the inning and moved to second on a single by Pittman.
That would be as far as he went as Northridge was able to get an inning-ending double play.
“I second guess myself in that last inning about what could we have done,” said Wolfe. “We put the ball in play late in the game. We hit the ball hard. We gave ourselves a chance they just got one more.”
Plymouth is now 4-2 in the NLC and 8-7 overall, they will be in action Wednesday at home against Mishawaka.
•NORTHRIDGE 5, PLYMOUTH 4
at Middlebury
Plymouth 0 0 0 0 0 4 0 4-7-2
Northridge 2 1 1 0 0 0 1. 5-13-2
WP — Plank. LP — Feece. 3B — Feece (P). 2B — Pittman (P), Collins (N).