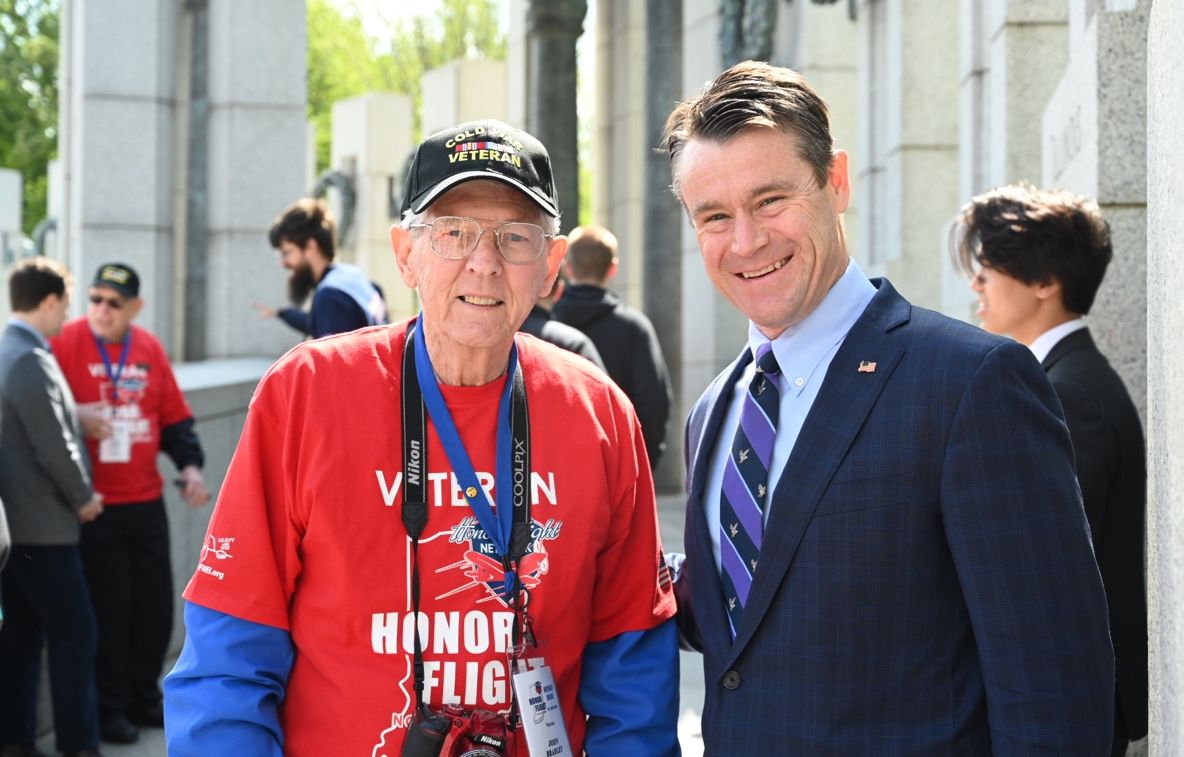 The Indiana legislators greeted the group of roughly 85 veterans at the World War II Memorial.

U.S. Senator Young said, “It was a privilege to greet an Honor Flight from Northeast Indiana today in Washington. The service and stories of these Hoosier veterans are truly inspiring, and we are grateful for each of them.”

U.S. Representative Jackie Walorski said, “It is a true privilege to meet Indiana veterans and thank them from the bottom of my heart. The Honor Flight is an amazing opportunity to recognize our Hoosier heroes with the respect they have earned. America is the home of the free because of the brave, and we will always be indebted to the courageous men and women who have served and sacrificed for us.”

Honor Flight Network is a non-profit organization created to honor America’s veterans for their sacrifices. They transport veterans to Washington, D.C. to visit and reflect at their memorials, at no cost to the veterans. Top priority is given to the senior veterans – World War II survivors, along with those other veterans who may be terminally ill.

Honor Flight Northeast Indiana was founded in 2008 and has conducted over 30 Flights. They now arrange four flights per year, with approximately 85 veterans on each flight.

This Honor Flight included Indiana veterans who served during World War II and throughout the Korean War, Vietnam War, and Cold War eras.