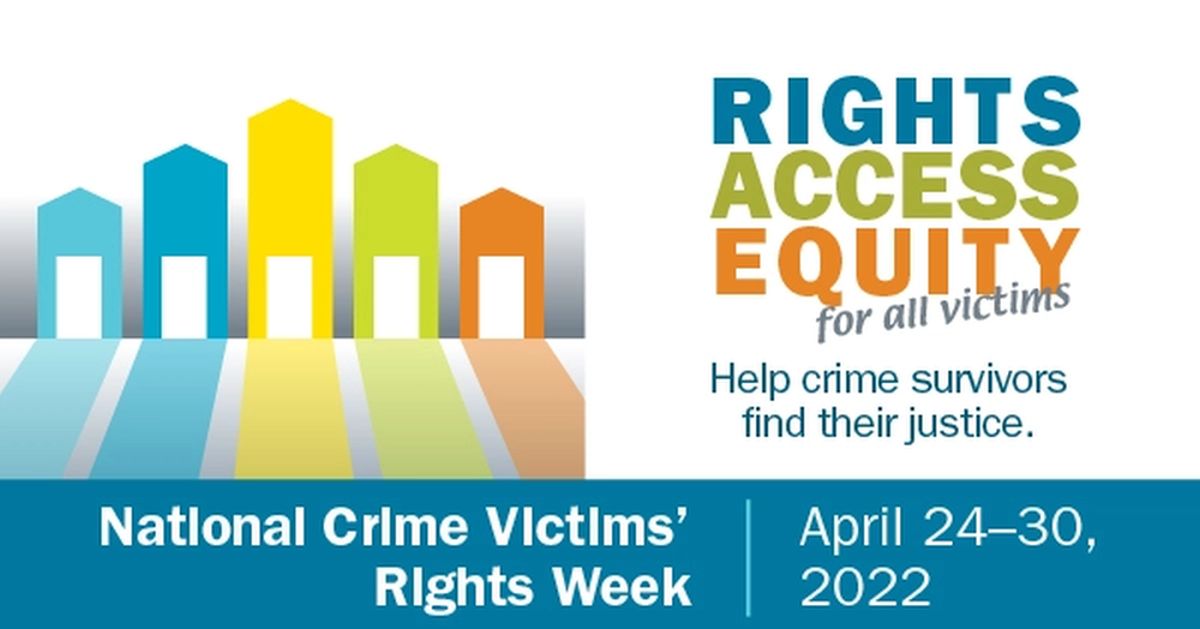 National Crime Victims’ Rights Week, observed April 24-30 this year, is a time when communities across the nation join together in recognition and support of survivors. As commemorative vigils and events are held across the state, the Indiana Criminal Justice Institute is ramping up efforts to spread awareness about its Victim Compensation Program and other resources that exist to assist those impacted by violent crime.

“Much of the work we do at the agency is dedicated to supporting crime victims and the organizations that advocate on their behalf,” said Devon McDonald, ICJI Executive Director. “Ultimately, we wish these resources weren’t needed, but it’s important for people to know they exist in the unfortunate event that they become a victim of a crime.”

Established in 1978, the state’s Victim Compensation Program works to make victims and their families whole by covering certain expenses incurred as a result of a violent crime. Compensation, which typically comes in the form of reimbursement to providers, can be used to help with items such as medical bills, funeral costs and counseling services, in certain circumstances.

For instance, the crime must have occurred within the past two years, resulted in physical injury and be reported to law enforcement within 72 hours. If eligible, claimants can be reimbursed up to $15,000 in cases involving bodily injury. If the criminal act resulted in loss of life, the family of the victim may be eligible for an additional $5,000 to recoup funeral and burial expenses.

In March, the Indiana General Assembly passed legislation, authored by State Rep. Sharon Negele (R-Attica), that expands the list of expenses eligible for compensation. Starting on July 1, the program will be able to reimburse costs associated with crime scene cleanup and the replacement of windows or door locks – a request that’s often made, according to the agency.

The new law also provides flexibility and removes a common barrier to sexual assault victims receiving compensation. Currently, claimants are required to report the crime and cooperate with law enforcement as an eligibility requirement. Once in effect, the law will allow victims who have had a forensic exam conducted to be eligible for compensation, whether they choose to involve the police or not.

“Crime can take a serious toll on innocent victims who are often left to deal with the emotional, physical and even financial aftermath,” Negele said. “Victims and their families are not alone, and we wanted to do more for them. That’s why this new law expands important resources and creates further opportunities for reimbursement to help those who may be struggling.”

In addition to the Victim Compensation Program, ICJI also oversees the Indiana Sexual Assault Kit Tracking System. Survivors who are interested in tracking the status of their sexual assault kits can do so by visiting on.in.gov/TrackMyKit and then entering their sexual assault kit serial number and assigned pin. The website is simple, secure and confidential, and the results are available within seconds.

Along with providing direct support to victims, ICJI also administers several state and federal grant programs to assist organizations in their efforts to provide services and support to victims and prevent violent crime.

For a list of those programs and other CJI resources, like a brochure of sexual assault victims’ rights, visit www.cji.in.gov/victim-services. For victim-centered resources on topics ranging from domestic violence to human trafficking, visit HopeAndHelpIN.org.