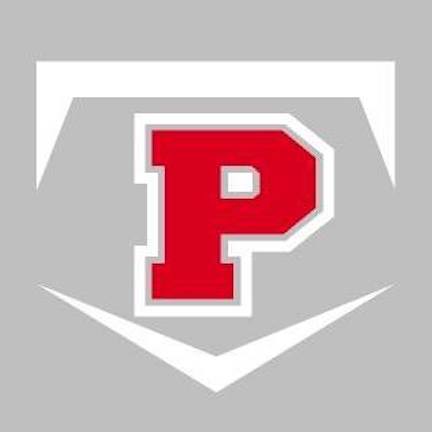 PLYMOUTH — It was a contest to see which team would flinch and Plymouth’s Pilgrims did just enough to give Warsaw the chance to take a 3-1 NLC win at Bill Nixon Field.
Skyler Aker of Plymouth and Kyle Showly of Warsaw hooked up in a pitchers duel that was dead even up to the fifth inning.
A dropped third strike put Warsaw’s Kellen Bailey aboard and a passed ball, and an errant pickoff throw moved him to third allowing Warsaw’s Hunter Dippon to hit a sacrifice fly to put the Tiger ahead.
A triple by Lukas Meier plated what would be the final run of the game.
“I thought balls we hit hard we hit right at them,” said Plymouth head coach Ryan Wolfe. “We hit some really hard early and that center fielder could cover some ground. He can fly.”
Meier made several long running catches in center field that killed Plymouth’s early rallies.
Meanwhile Showly was settling in nicely on the mound.
“Showly pitched a great game, he really settled in there,” said Wolfe. “He was locked in, he went to the breaking ball late, he’s a veteran and did a good job.”
After Plymouth’s first inning score, Warsaw never allowed a runner past second base.
Meanwhile Plymouth starter Skyler Aker and reliever Matt Manzuk weren’t far behind.
“Skyler pitched well enough to win, Matt pitched well,” said Wolfe. “Games like that come down to little things.
Plymouth threatened in the fifth but Cam Shively was thrown out at third trying to advance on a fumbled ball by Warsaw third baseman Josh Shapiro to end the threat.
“I thought Cam had a good read on the ground ball but I thought his slide could have been on the other side of the bag” said Wolfe. “Our pick to second base do we really need to try that? There’s no outs and we throw it and now we have the guy at third with no outs.”
“Little things like that we execute a lot and we do well it was just a great game that came down to those things,” said Wolfe. “If it goes our way we probably win. If it goes their way they win. We played well enough to win.”
Both Plymouth pitchers walked just one each with Aker scattering four hits and Manzuk striking out three in two innings of work.
Showly shut down the Plymouth bats striking out three in the final two innings not allowing a base runner.
“They are a good team,” said Wolfe. “We are going to see a lot of good teams. Our guys are right there.”
“This is game three of 14. You can look at it and say we should have done this or we should have done that but other teams are saying that in games we win too.”
“We just got two on the road,” said Wolfe. “Normally you want to get your home games and split on the road. We’re 2-1 (in the NLC). We are on to LaPorte tomorrow and Goshen on Monday and that’s where we are at.”
The Pilgrims are now 6-3 and 2-1 in NLC play. They play at LaPorte in a non-conference game on Saturday afternoon and come home to face Goshen in an NLC contest on Monday at Bill Nixon Field.
•WARSAW 3, PLYMOUTH 1
at Bill Nixon Field
Warsaw 0 1 0 0 2 0 0 3-4-3
Plymouth 1 0 0 0 0 0 0 1-5-3
WP — Showly. LP — Aker (1-2). 3B — Meier (W).