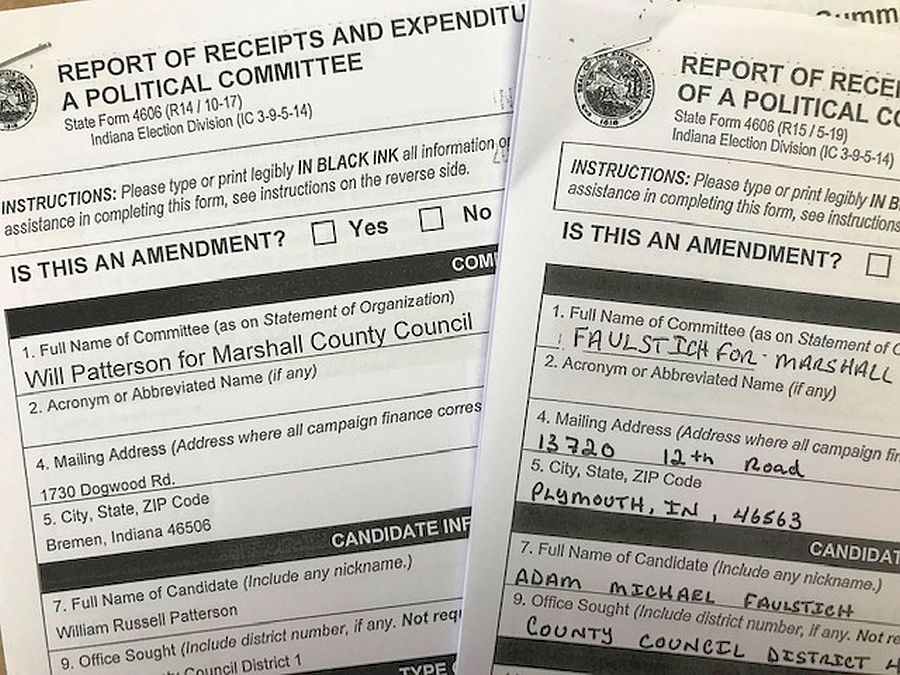 There are 8 Republicans vying for four seats on the County Council including the district 1, 2, 3, and 4 seats.  The four incumbents have filed for reelection and there are four challengers.

Candidates for the May Primary are required to file a report of their receipts and expenditures from January 1st until April 4th.  Those reports had to be submitted by noon on Monday, April 18th.

While they all have similar expenditures for signs, banners, magnets, postage, and printing this article will look at revenues for the four challengers.

Adam Faulstich is running for the District 4 seat and his 9-page report lists his contributions and receipts at $7,902.38.  Donations included $101 from Jesse Bohannon $806.04 listed as an in-kind loan from Tim Harman, $45 for an in-kind donation from Deb Johnson, $663,52 of in-kind loans from Harman Restaurants Inc., and $5,178.55 of his own money.  Faulstich also received in-kind loans totaling $1,108.26 from the Political Action Committee Better Government Hears People.

The final challenger on the County Council is Will Paterson who is seeking the district 1 seat.  In his 11-page report, Will had cash on hand of $2,392.81 to begin this year and contributions totaling $3,657.19 which is all his own money.  Mr. Patterson does not list on his financial report any donations from individuals, businesses, or political action committees.