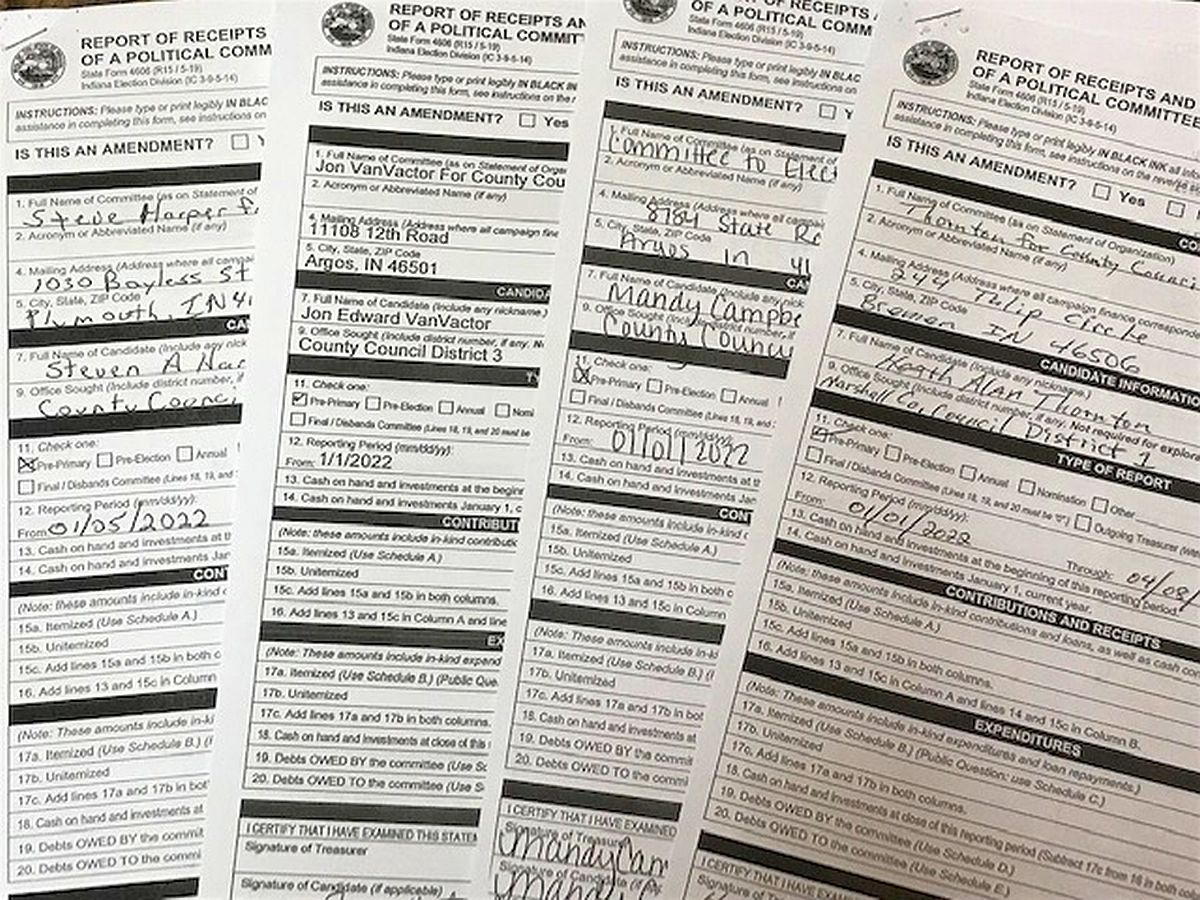 There are four incumbents running for the four district County Council seats in Marshall County. They are Heath Thornton in District 1, Mandy Campbell in District 2, Jon VanVactor in District 3, and Steve Harper in District 4.

Campaign Finance Reports were due on Monday, April 18th, and detail the receipts and expenditures for each candidate.

Mandy Campbell also began this year’s campaign with no funds.  She received one single donation of $2,000 from the Indiana Realtor Political Action Committee in Indianapolis.

Steve Harper is running for reelection to the County Council District 4 seat.  His finance report lists $3,950 in contributions this year to date.  His funds come from a $500 contribution from Jim Masterson, $1,000 from the Realtors Political Action Committee, and the remaining $2,450 from his own funds.

The incumbent candidates showed expenditures on their reports for printing, advertising, signs and banners, postage, mailing lists, pins, and even candy bars.