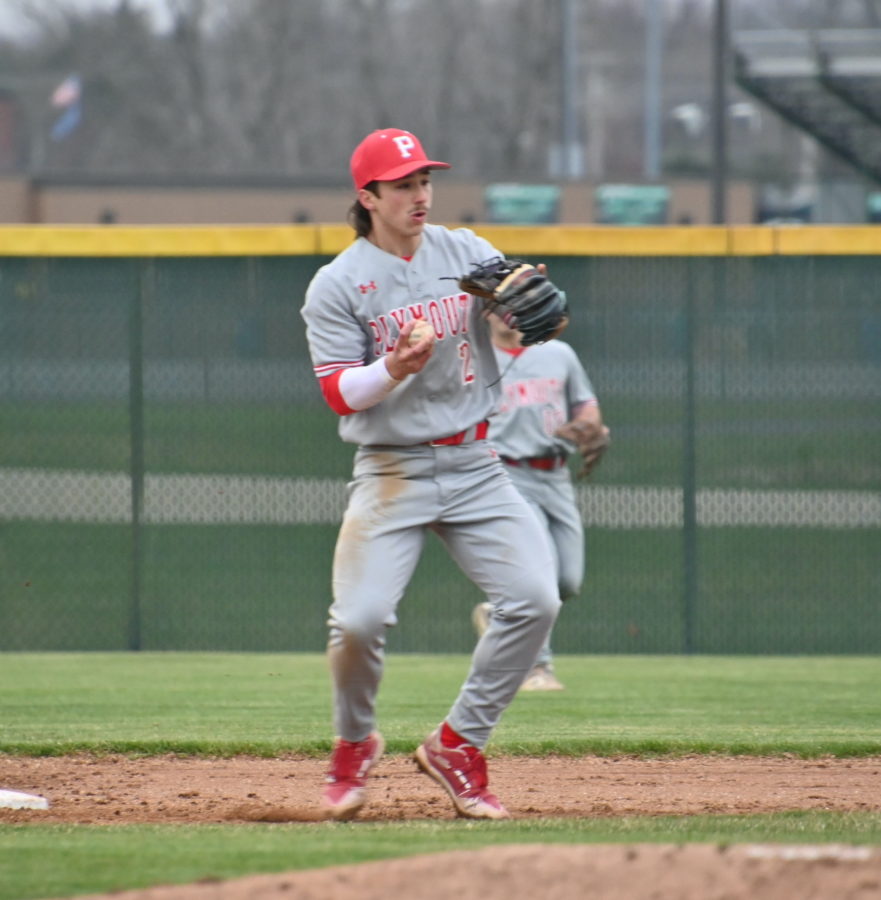 DUNLAP — It was a masterful performance all the way around for Plymouth as they took NLC win number two with a 14-2 win over Concord.
With 12 hits, just one error, and an outstanding five innings from starter Tanner Feece there was very little to be upset about.
“We put the ball in play we ran the bases well,” said Plymouth head coach Ryan Wolfe. “Tanner pitched great we had a good defense behind him, We didn’t give up a lot of free bases, we got out of some jams.”
Feece went the distance striking out six and gave up just one hit.
“He settled in,” said Wolfe. “We figured early on we could throw the fastball and use the curveball late. He was right around the plate and hitting his spots. He looked really comfortable.”
The complete game also allows the Pilgrims to keep their pitching rotation on track.
“We needed him to go out and give us a good outing here whether that be a full game or whatever, on the back end to save them,” said Wolfe. “We have two games left in the week one of them is a conference game on Friday and we need all the arms we can have.”
Feece was also locked in at the plate with three hits with a double and an RBI. Cam Shively had a pair of hits in four trips and Bradey Pittman stayed red hot with a two for two night at the plate. Trey Hall had a two-RBI single late in the game.
“He is locked in,” said Wolfe of Pittman. “We have a couple of guys we have to get in the cage tomorrow to get them back on. You see different arms, different velocities and you can start to jump and do some different things but I thought all our guys were locked on tonight.”
The Pilgrims left the bases loaded in the first, but in a repeat of the night before at Mishawaka plated four runs with two out in the second inning and never looked back.
Concord starter Hunter Dutton struggled with his control walking four and hitting three batters and the Pilgrims also took big advantage of four Minuteman errors.
Plymouth baserunners took advantage of every opportunity and picked up six stolen bases, Michael Sheely grabbing two.
“Early on we had some really good dirt ball reads and took some extra bases,” said Wolfe. “Overall I thought we did well in all facets of the game tonight.”
Plymouth is now 6-2 and 2-0 in the conference. They take on Warsaw at Bill Nixon Field Friday night
•PLYMOUTH 14, CONCORD 2
at Concord
Plymouth 0 4 1 2 1 6 14-12-1
Concord 0 0 0 0 0 2 2-1-4
WP — Feece (2-1). LP — Dutton. 2B — Feece (P).