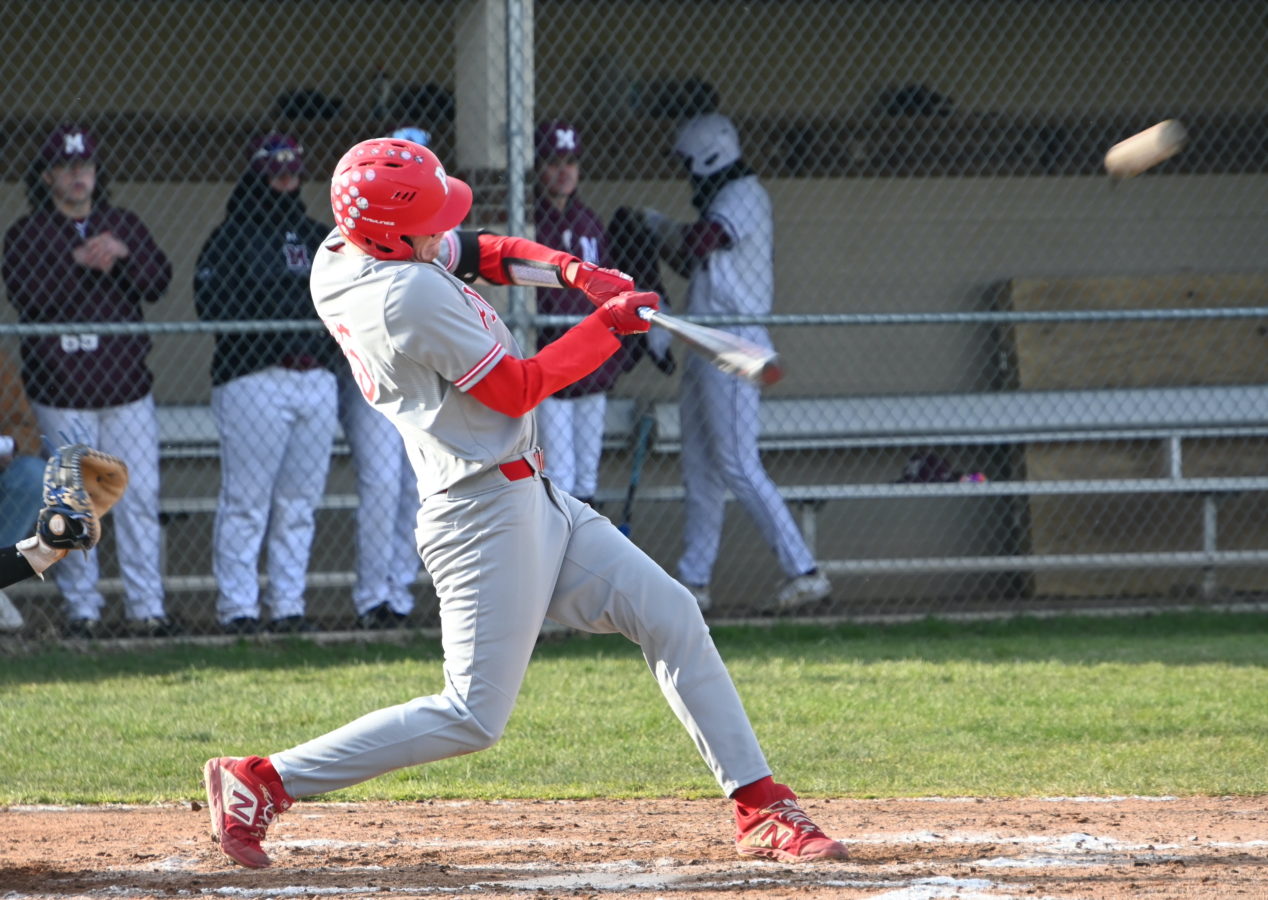 MISHAWAKA — On a cold night Plymouth got red hot and took a 7-4 win over Mishawaka to open the NLC season.
Trailing 1-0 the Pilgrims erupted for four runs with two outs in the third, once again the big blow was a two-run double by Boston Berkeypile.
“That is a huge hit,” said Plymouth head coach Ryan Wolfe. “Balls were really carrying tonight his and Matt’s (Manzuk). We have juggled the middle of that lineup but he’s been solid all year.”
Skyler Aker had a rough start but found a way to get through three innings and hand it off to reliever Matt Manzuk to close it out.
“Skyler gave us three innings and then couldn’t find it,” said Wolfe. “We have a plan going into every game that if a guy doesn’t have it we go with the next guy.”
“Matt was planning on starting tomorrow night if we could have got through with Skyler but Tanner (Feece) will be the next guy tomorrow night (at Concord).”
Manzuk came on in the fourth and worked out of a huge jam with the bases loaded and nobody out — and the lead run on base — he got the Mishawaka two, three, and four hitters to pop out, strikeout and fly out to end the threat.
“We had the big inning and then were able to put a couple across late,” said Wolfe. “I thought we had some really good at-bats. We made some base running mistakes but we ran the bases well when we did run the bases.”
Manzuk had a three up three down fifth and struck out the side in the sixth. He was helped by some outstanding defensive work by his teammates.
“Defensively we made some really good plays,” said Wolfe. “Skyler at third, Caden (Weidner) at short, and the catch by Tanner (Feece) in the end was just great.”
Weidner had several nice plays going back to catch a pop in short right to end the Mishawaka threat in the fourth, and another on a slow chopper to nip the speedy Kaden Rose at first in the fifth.
“He had a lot of chances tonight,” said Wolfe. “He’s solidified that spot and he’s playing really good shortstop.”
Feece made a shoestring catch in right to take away a sure double to start the seventh inning. After Mishawaka was able to scratch out a run, Manzuk got a ground ball to second baseman Preston Wolfe to close the victory.
Manzuk also had a double and a pair of RBIs. Bradey Pittman doubled for the third straight game and Aker had a pair of RBIs.
Plymouth is now 5-2 on the year and 1-0 in the NLC. They have another NLC game Wednesday night at Concord and then come home on Friday to take on Warsaw. Both games are slated for a 5:30 p.m. start.
•PLYMOUTH 7, MISHAWAKA 4
at Baker Field Mishawaka
Plymouth 0 0 5  1 1 0  0  7-7-2
Mishawaka 0 1 1  1 0 0  1  4-4-1
WP — Manzuk. LP — Harringer. 2B — Pellettier (M), Pritchett (M), Pittman (P), Berkeypile (P), Manzuk (P).