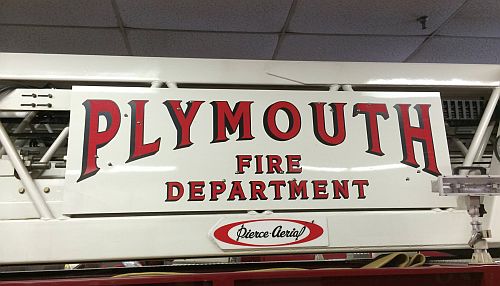 The chief said the city needs a new ambulance and a new front-line pumper fire engine.  He said the fire engine he wants to replace is Engine-One which is a 1992 Pierce and a 2006 ambulance that was involved in an accident 11 or 13 years ago.

Holm said the lead time for almost any emergency apparatus is about 2-years.  He commented, “If we ordered it today, basically we’re looking at replacing a 32-year-old engine by the time we get it.”  There are a couple of things factoring into the engine, they keep going up in price.  Traditionally it’s about a 3% increase year to year but currently, they have already had a 7% increase this year and anticipate another 7% increase across the board.  This is about the same for all manufacturers.

The cost for the engine is $800,000 this month and then it increases to $861,000 in May.   The council wasn’t expected to make a rushed decision and Chief Holm said they could wait until their April 25th meeting and still be able to save over $60,000 if they decided to move forward with a purchase.

City Attorney Sean Surrisi said Pierce Fire Trucks participates in the Sourcewell, the competitive bidding process national organization.   This would allow the city to avoid the additional time it takes to go through the local bid process.

Speaking about the ambulance purchase Chief Holm said, “The last two ambulances we have redone are remounts.  They take the box on the back, find a new chassis and remount the box on the new chassis.”  He explained that the process is cost-saving but the 2006 ambulance they need to replace was involved in an accident 11 to 12 years ago and regulations won’t allow it to be remounted.

Ambulances are about two years out from production and the city needs to purchase an entire unit.  Crossroads out of Middlebury is the local dealer and they have a demo unit coming in June.  As is, it’s around $245,000.  It is plain with no color paint or graphics so there would be an additional charge for that along with $50,000 for a cot load system.  The chief’s estimate was $300,000 to $325,000.

Chief Holm said the big savings with purchasing the demo unit would be time.

Surrisi told the council there are statutes for special purchases and unique circumstances that could quality the use of funds to purchase the demo ambulance.

The chief told members they use the 2006 ambulance as little as possible and use it as the third ambulance out and does have some troubles here and there.  They don’t use the ambulance as much as they could with 2,500 calls a year.

There was no action taken by the council but members are looking at the numbers and will have the opportunity to decide at their April 25th meeting.