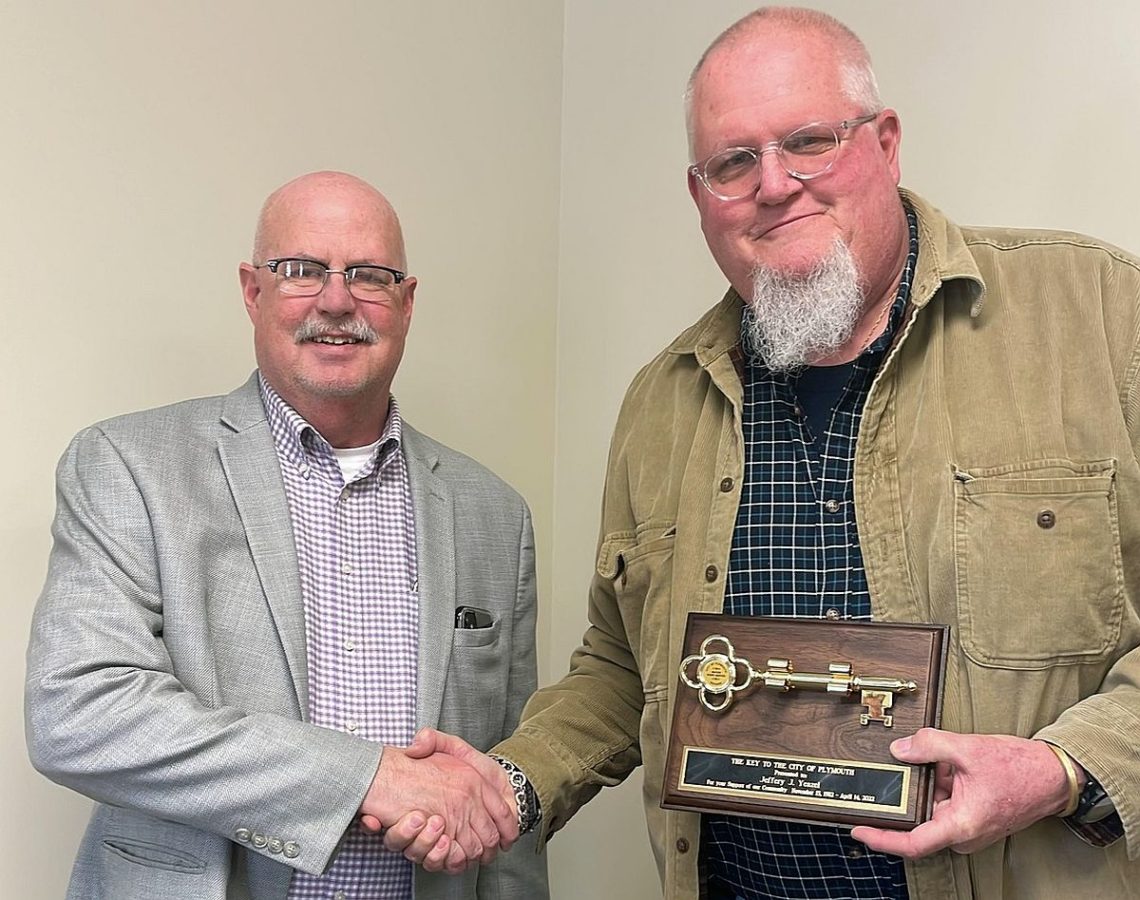 Thursday afternoon Plymouth Mayor Mark Senter presented Jeff Yeazel from the City Water Department with a Key to the City.  Jeff retired after 39 years of dedicated service to the city.

The mayor also read a proclamation and said Yeazel began his service to the citizens of Plymouth a being a paperboy and then worked for the G&G Grocery store.  He also spent some time as an over-the-road truck driver. On November 15th, 1982 Jeff started working full-time for the Plymouth Water Department and achieved the Indiana Department of Environmental Management John N. Purdy Award for 30 years of service and served many years as the Water Superintendent.

Mayor Marks said Jeff Yeazel had many hobbies including traveling, antique car collecting, the Cubs and the Bears, and music and he was a “voracious” reader.

One of the things Jeff was most proud of was that both his mom and dad were mayors of this wonderful city.

Mayor Senter closed his proclamation by stating, “So today, April 14, 2022, we say goodbye to our friend after 39 years, 4 months, and 30 days” and presented him with a key to the city.