Pilgrims rise up for big win over LaVille 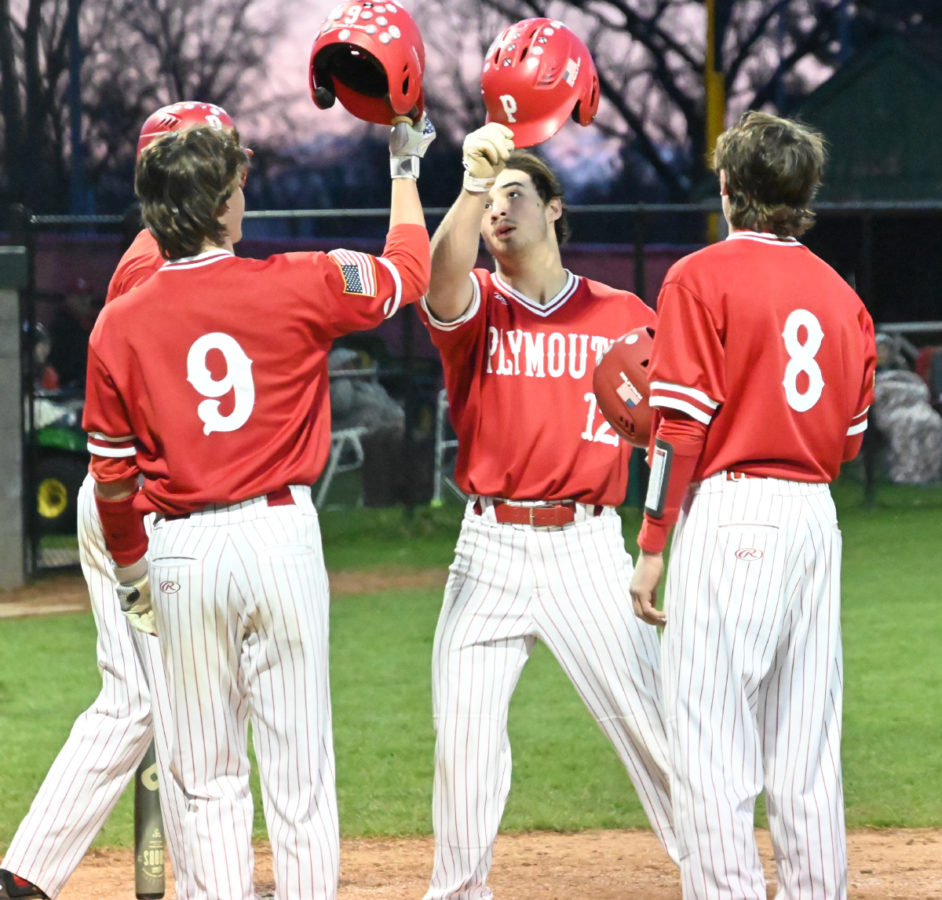 PLYMOUTH — It was a pitcher’s duel that turned quickly as Plymouth took an 11-1 win at windswept Bill Nixon Field on Thursday night.
For the first four innings, Plymouth’s Tanner Feece and LaVille’s Collin Czarnecki faced off in a duel ending with the Pilgrims plating four in the fifth to break the game open.
Czarnecki sailed through four striking out three and not walking a hitter. Boston Berkeypile’s RBI single in the first and Feece’s double in the third staked the Pilgrims to a 2-1 lead.
“He did well. He mixed up his pitches well,” said Plymouth head coach Ryan Wolfe of the LaVille freshman right-hander. “We were guessing a little bit early and I was hoping the second time through the lineup we’d get on him a little bit more but he did a good job and then the third time through we were able to get a little bit more.”
“I thought we had some good swings early and he was mixing it up well,” said Wolfe. “He was throwing the curveball early in the count I think he figured out early that was working and he was going to work off that. In that fourth and fifth inning, we started to see some things better and get some good swings.”
Feece’s evening was the opposite, struggling with his control a bit early in the game, the Lancers touched him for a quick run after walking the first two hitters in the game but made some big pitches to get out of trouble.
Feece ended a complete game with nine strikeouts and just three walks allowing just one hit.
“It’s got to be tough mentally after an outing like that to come back on another cold night,” said Wolfe of his veteran pitcher. “We are all human. We have doubts. You wonder how is the ball going to feel in your hand. I know early in the game Coach (Bryan) Schuler went to the curveball and he played off that until he found his fastball again.”
“That’s the kind of outing that we know he has in him and we are going to rely on him for a lot this year.”
Another important rebound performance was Cam Shively who came back from a rough night two nights ago and had a solid two for three with a triple.
“The other night he said his arm was sore so we DH’d him and he had three K’s so I told him we were never going to DH him again,” said Wolfe. “Whatever it was the other night he snapped out of it and he’s the catalyst that starts it for us at the top. He’s a gritty kid, a tough kid he sees a lot of pitches and he gets some good swings.”
Hitting behind Shively, Bradey Pittman had a huge night with an RBI double and a three-run homer.
Plymouth is 3-2 on the year and will face off at Bill Nixon Field on Friday against LaCrosse with a 5:30 p.m. start time.
•PLYMOUTH 11, LaVILLE 1
at Bill Nixon Field
LaVille 1 0 0 0 0 0 1-1-3
Plymouth 1 0 1 0 4 5 11-12-2
WP — Feece (1-0). LP — Czarnecki. HR — Pittman (P). 3B — Shively (P). 2B — Feece (P).