Zebras take advantage of opportunities in win over Plymouth 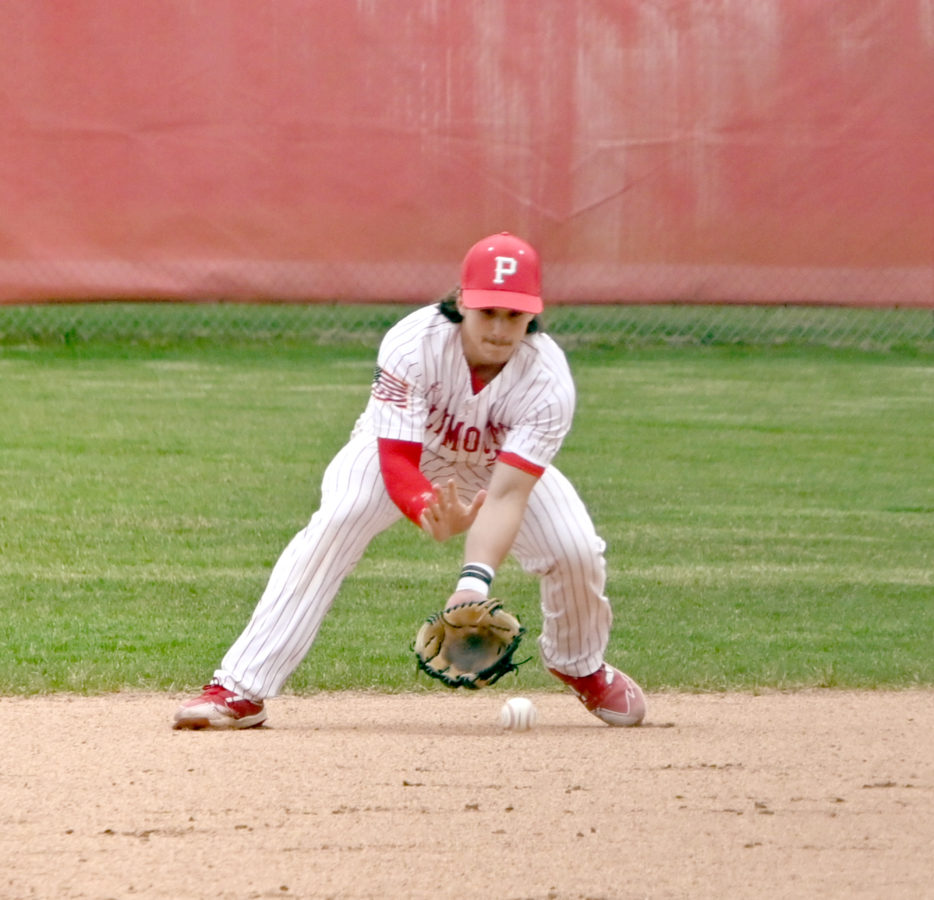 PLYMOUTH — A beautiful night for baseball turned into a tough loss for Plymouth as Rochester came to Bill Nixon Field and came from behind to grab a 4-2 win.
It was a night for pitching and defense as all the offense was confined to three half innings.
Rochester struck first in the first against Plymouth starter Skyler Aker when he walked the Rochester lead-off man Tarik McGlothin who — after an error and an infield hit — came across on an Evan Elliott ground ball to third.
Plymouth answered against McGlothin in their half of the first with four hits and a two-run single by Tanner Feece. A couple of base running gaffs however ended what could have been a much bigger inning.
“We have to take advantage of some of those things they give us and we didn’t,” said Plymouth head coach Ryan Wolfe. “Maybe it isn’t the difference between winning and losing the ball game but being down one as opposed to being down two is a big difference.”
The Zebras were able to score three with three straight first pitch hits and a two-run single by Tanner Reinhartz in the fourth and that would essentially be it for the offenses.
Some questionable decisions on defense by the Pilgrims contributed to that total.
“It was little things like we get a ball squared away and then we don’t check the runner at third and he’s halfway home,” said Wolfe. “It’s just little things like that. In close ball games, you have to start to understand some things.”
At the same time, Rochester’s McGlothin settled in and got stronger as the game went on.
“In the middle innings their pitcher went to work and settled in and we didn’t have much opportunity for anything,” said Wolfe.
“I thought we got behind in counts and put ourselves in positions where we took some fastballs early in the count,” said Wolfe. “The inning they scored they jumped on two first pitch fastballs. That’s on me. We’ll go back to work tomorrow on being more aggressive early in the count.”
“Getting behind and then having to guess what he’s going to throw then later in the count isn’t where we want to be.”
Starter Skyler Aker was strong in his third outing of the year. Matt Manzuk in relief also had a strong appearance.
“He did a great job I thought he did very well,” said Wolfe of his starter. “We had three hits in the one inning and they had three hits in the one inning. The difference is that they were able to get that extra run. You can go back and pinpoint little things here and there, I thought both pitchers competed well we just have to find a way to get runs when we need to and not leave guys on base.”
“I thought our defense played well. Matt had a great game at third, Caden (Weidner) had some balls hit up the middle, and going to his left he made some good plays. Bo (Boston Berkeypile) had a couple of nice catches in foul territory,” said Wolfe. “There were a lot of good things but as a coach, you look at those little things and you say in close ball games you have to find a way to make some plays.”
Plymouth is now 2-2 with a game Thursday at home against LaVille. Rochester moves to 2-0.
•ROCHESTER 4, PLYMOUTH 2
at Bill Nixon Field
Rochester 1 0 0 3 0 0 0 4-5-1
Plymouth 2 0 0 0 0 0 0 2-5-1
WP — McGlothin. LP — Aker. 2B — Elliott (R), Pittman (P).