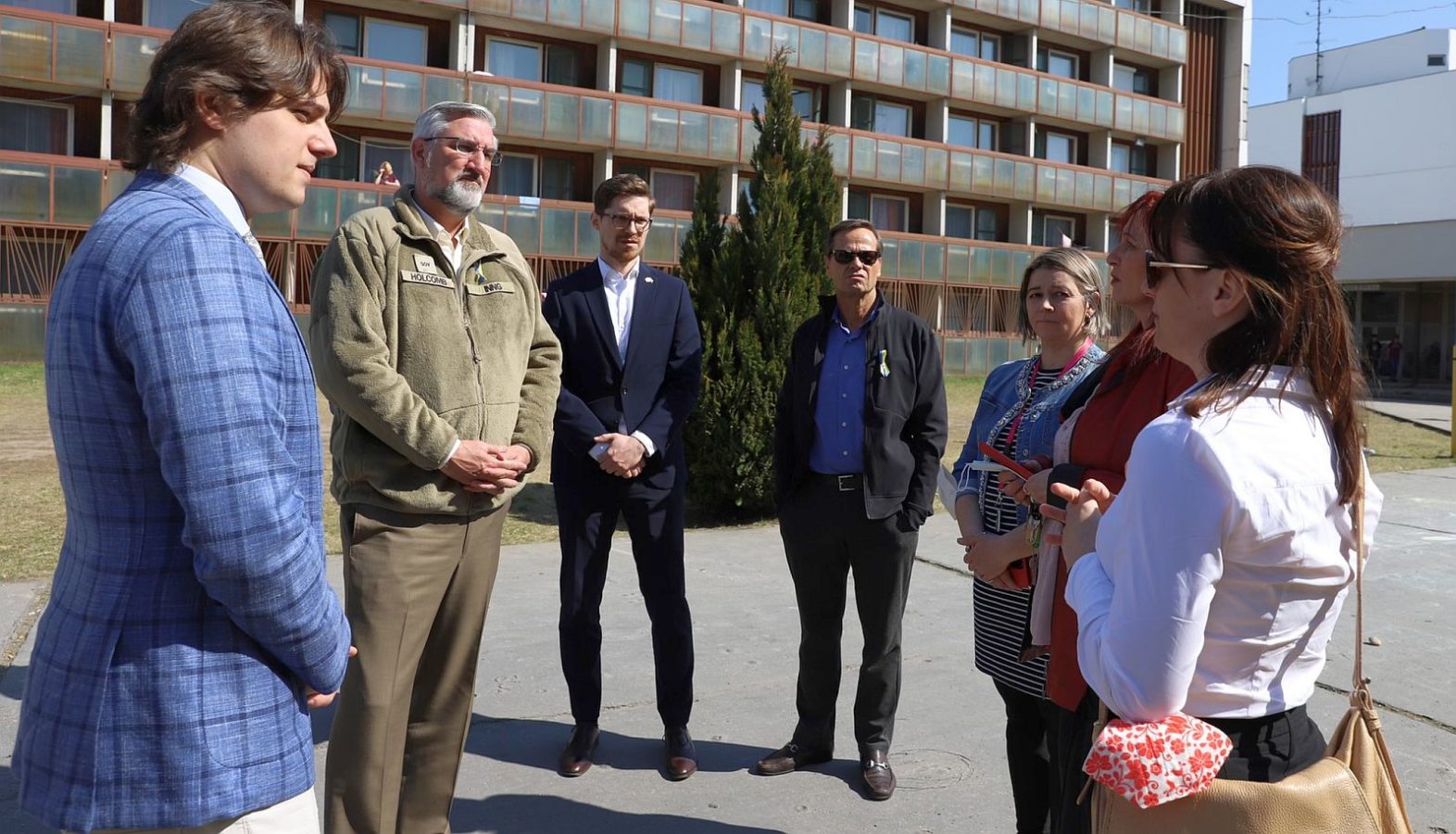 Governor Eric J. Holcomb, Adjutant General R. Dale Lyles, and Secretary of Commerce Brad Chambers concluded an economic development trip to Slovakia and Israel Friday after meeting with government officials and business leaders. The week was spent cultivating new business relationships and people-to-people ties in central Europe and the Middle East while encouraging collaborative opportunities to advance innovation and investment, bolster strategic relationships and offer humanitarian support during a critical time for the geopolitical situation in the region.

“This trip was extremely productive in creating opportunities for future Hoosier investment across Slovakia and Israel in a variety of industries,” said Gov. Holcomb. “Throughout the week, Sec. Chambers, Maj. Gen. Lyles and I were warmly greeted with open hospitality which led to productive discussions, opportunities for academic exchanges, mutual investment, and cross partnerships.”

The delegation met with Ukrainian refugees directly following the timely ceremony at the Gate of Freedom to offer Hoosier support to the Ukrainians who have found refuge in Slovakia and the greater region. Gov. Holcomb emphasized Indiana’s solidarity with Ukraine and commitment to provide support in any way possible.

On Wednesday, the delegation arrived in Tel Aviv, Israel, where Doral Energy hosted the delegation to continue conversations around innovative technology, the energy transition, and a shared vision for the economy of the future. In 2021, the company broke ground on a three-phase solar farm project, which is expected to deliver a $1.5 billion investment in the company’s Indiana operations over the next five years.

Later in the day, the delegation visited Equinom and participated in a tour of its new R&D center. Equinom, which also has operations in Indianapolis, is a food-tech company driving the global transformation to appealing, non-GMO foods while creating a sustainable plant-based future.The new center, located at Kibbutz Givat Brenner, provides end-to-end research and development capabilities to accelerate Equinom’s efforts to develop the next generation of its non-GMO Smarter Seeds.

Throughout the week, the delegation also met with industry leaders and top state officials, including Minister of Energy Karine Elharrart and U.S. Ambassador to Israel Thomas R. Nides, to discuss strategic economic partnerships.

On Friday, the delegation concluded its trip in the ancient City of David, where they participated in a historical tour of the 3,000-year-old site and shared a spiritual experience at the Western Wall.

This concludes Gov. Holcomb’s tenth international economic development trip, a second trip to Slovakia, and third trip to Israel as governor. The trip was Sec. Chambers’ second international trip with the IEDC. The governor and the delegation returned to Indiana over the weekend.