Handley to take over Rockie football 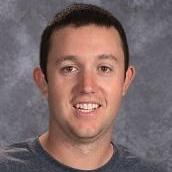 PLYMOUTH — Plymouth High School will officially announce its new head football coach during the school board meeting on Tuesday night.
Adam Handley, who resigned Thursday at Wabash High School, will be introduced to the school board as the new head coach for the Rockies.
Handley was 14-26 in four seasons at Wabash, posting a 6-5 record in 2020 one of just three winning seasons that the Apaches have posted since 1994.
He replaces John Barron who posted a 126-70 record in 17 years as Rockie head coach. Barron is now the head coach at John Glenn High School.