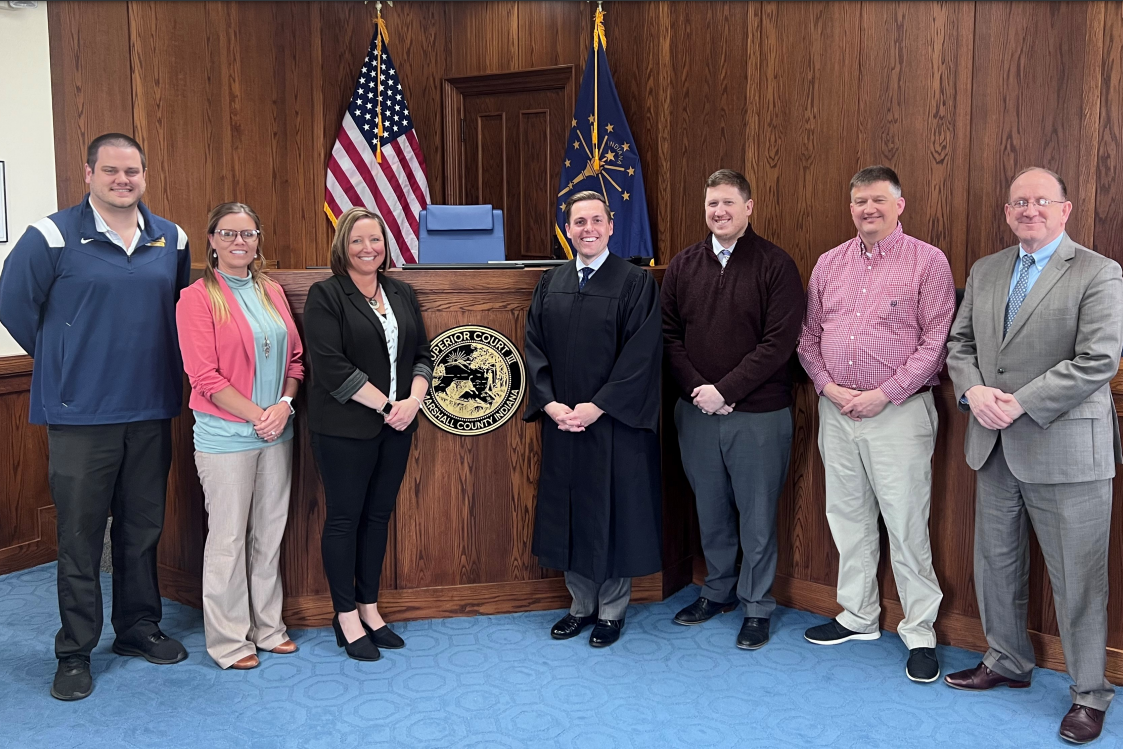 Drug Court will be a subset of cases supervised by Judge Sarber and administered by a Team of individuals providing wrap-around services to participants. The Drug Court Coordinator is Christie Johnson, who serves as the hub for referrals and programming for the Drug Court. Drug Court will be an intensive program of hearings, counseling sessions, and related life-services aimed at removing barriers to recovery. The goal is to stabilize the individual struggling with addition and set them on the path to sober living, ultimately breaking the cycle of recidivism permanently.

The certification of the first ever Drug Court in Marshall County came as a result of collaborative efforts from the Drug Court Team led by Coordinator Johnson. “The entire Team, directed by Ms. Johnson and I, worked tirelessly over the few past months which led to the certification.” said Judge Sarber. “I am very grateful for the hard work and dedication of the Team. The work is just beginning, though. The recovery path is narrow and beset with obstacles. We’ll have struggles as we serve the participants, but our Team is capable and willing to meet those challenges.” Sarber continued.

Marshall Superior Court 3 is one of 118 problem-solving courts in Indiana aimed at changing behaviors while providing an innovative model of judicial supervision. Drug Court is one type of problem-solving court, and Judge Sarber selected the Drug Court model based on the ever evolving need to curb substance abuse. “This is the beginning. We will get situated with Drug Court and provide superb services. Still, the wave of judicial problem solving – mental health, domestic relations, services for children, and veterans – is here.”