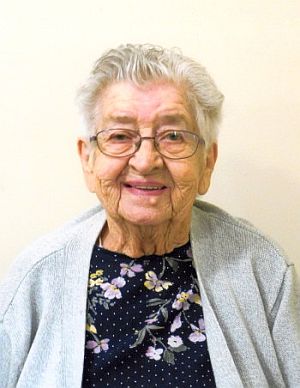 Sylvia was known as a hard worker, who gave endlessly as a nurse’s aide for Pilgrim Manor Nursing home for 40 years, retiring in 2009. She was known a very reserved, loving mother who was an excellent provider for her family and instilled to live by the “Golden Rule” as treat other’s as you would want them to treat you.

She enjoyed collecting porcelain dolls and anything that had Coca-Cola name on it. Sylvia was a spiritual woman who faithfully attended Shiloh Wesleyan Church in Bremen and often listened to Gospel quartet music.

Slyvia was preceded in death by her parents, huband DeVon, brothers: Walter and Willard.

Visitation will be held on Wednesday, March 30, 2022 from 11 to 1 pm at Shiloh Wesleyan Church, 10532 4B Rd. Bremen, IN 46506. Funeral services with immediately follow with Pastor Rich Van Vuren officiating.