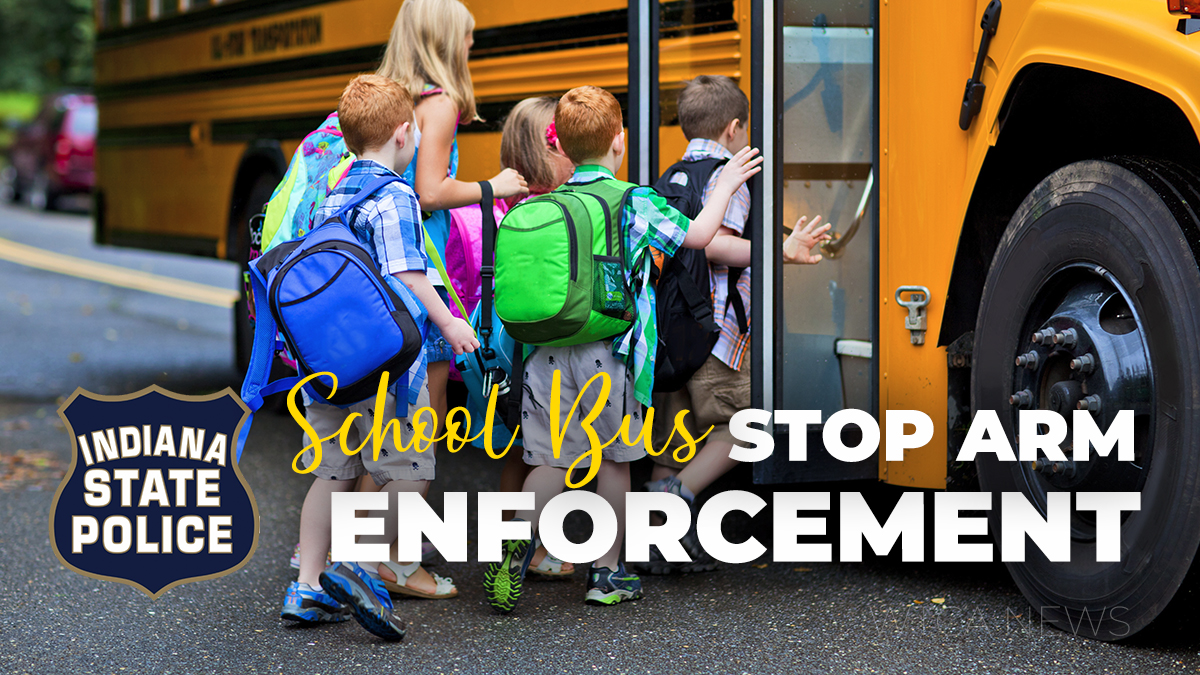 Across Indiana, state and local law enforcement agencies will be out in full force to ensure that students remain safe when traveling to and from school. Over the next couple of months, officers will be positioned along bus routes and in school zones where they will be on high alert for stop-arm violations, speeding and other forms of reckless driving.

“School bus safety is a shared responsibility,” said Gov. Eric J. Holcomb. “By following the law and taking some simple, yet necessary, precautions like slowing down and driving distraction-free, we can help ensure that every student reaches their destination safely.”

More than 200 police agencies will be participating in the spring enforcement campaign, as part of an ongoing effort to prevent reckless driving in school zones and around buses. Last year alone, more than 2,700 drivers were cited for stop-arm violations by Indiana law enforcement, according to ICJI.

To address this, officers across the state will be utilizing a range of enforcement strategies, from high-visibility patrols to having police spotters on buses. In most jurisdictions, tactics and routes will be decided in coordination with local bus drivers and school transportation officials, with efforts concentrating in the morning and afternoon hours.

“School buses have several highly visible indicators to let drivers know when to stop,” said Devon McDonald, ICJI Executive Director. “The only way you’re going to miss those—the activated stop arm and flashing lights—is if you’re on your phone or not paying attention to the road. That choice can be deadly.”

As part of the campaign, state and local officials will be calling on motorists to slow down, pay attention to the road and to never pass a bus that has its red lights flashing and stop arm extended. This applies to all roads with one exception. On highways divided by a physical barrier, such as a concrete wall or grassy median, only vehicles traveling in the same direction as the school bus are required to stop.

It’s also important when approaching a school bus to be prepared to stop. Plan ahead and factor in extra time during each commute for school bus stops.

“You’ll never regret playing it safe, but you will regret driving past a stopped bus and injuring someone’s child,” said Robert Duckworth, ICJI Traffic Safety Director. “These are people who have their whole lives ahead of them. No hurry is worth the possibility of robbing someone of their future or a family of their child.”

Disregarding a school bus stop arm is a Class A Infraction and a serious offense. Violators could pay a fine of up to $10,000, have their license suspended for up to 90 days (for the first offense) or up to 1 year (for the second).

Click here to learn more about the SAVE program or here for a list of school bus safety tips.