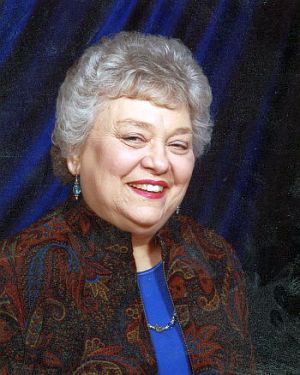 Barbara “Barb” Kathryn (Yost)Neidig was a loving wife, mother, grandmother, great grandmother, aunt, sister, and friend to many.  She passed from this world into the arms of her Savior, at 11:30 AM, January 8, 2022 at Saint Joseph Regional Medical Center in Plymouth, IN at the age of 84.
She was born to Abram and Treva (Rhoades)Yost on November 21, 1937 in Clayton, OH.  She had four (4) siblings, Dwayne and Elaine (Kessler)Yost, Daryl (deceased) and Kay (Novotny)Yost, Joenita (Funderburg) Yost deceased, Marlen and Lynn (Holsheiser)Yost, Bonnie (Yost) and Dale Bowser.
She grew up in a farmhouse in Johnsville, OH, where she learned many of the skills that would carry her thru life.  After graduating from Dixie high school, she attended Manchester College where she met the man of her dreams, Noble Lee Neidig.  They married March 22, 1957 in Plymouth, IN.  Noble and Barbara were founding members at Grace Baptist Church in 1961, where they began raising the family that was to come.
They were blessed with four (4) boys and their spouses.  Gary and Robin (Harreld) Neidig, Mark and Debbie (Smith)Neidig, David and Penny (Guernsey)Neidig, Tina (Morris)Neidig deceased, and Daniel and Melissa (Poore)Neidig.
These children then blessed her with ten (10) grandchildren.  Trisha (Neidig) and Nate Crawford, Joel and Lindsey (Heckman) Neidig, Mark and Jennifer (Grove)Neidig, Chase Neidig, Courtney (Neidig) and Carlos Marinho, Hilary (Neidig) and Justin Frank, Tyler and Rachel (Holtsclaw) Puckett, Tara (Puckett) Sailes, Jordan Neidig, Faith Neidig.
These grandchildren then blessed her with seventeen (17) great grandchildren, so far!
Barb loved homemaking, and teaching others how to cook, sew, and host banquets.  She was always willing to volunteer to help others in need, and opened her home to anyone that needed comfort.  She taught Home Economics and volunteered at Grace Baptist Christian School for 30+ years.  She taught Sunday School, and headed up the Ladies Missionary Group at Grace Baptist Church for 30+ years.
Barb was also one of the four founding members of Indiana Tool & Mfg. Co., Inc. known as Indiana Tool and now ITAMCO.  Donald Neidig and Noble Neidig ran the office and operations, and she and Dorothy Neidig her sister-in-law, cleaned restrooms, washed down equipment and swept the floors in the early days of the company.  Barb also fixed all of the food for the company dinners until 2005 when the Argos Facility was acquired.  The employees always appreciated the home cooking.
The church was a focal point of Noble and Barbara’s life.  Both had received Christ as their Savior at an early age, and after they were married, they committed to raising their family for the Lord.  Both of them were talented in music, and they began singing together, and music became a big part of the Neidig Family activity.  The original family and the extended family ministered at Grace Baptist and in many churches in the area in the 1970’s – 2000, until the children began migrating to other parts of the country as they grew older.
Even in the last days of her life, Barb desired to be a testimony for God to everyone she met.
A Celebration of Life will be held at Grace Baptist Church, 1830 N Michigan St, Plymouth, IN 46563 on Wednesday, January 12, 2022 at 12:00 pm with Pastor Matt Elliot officiating. The family will except the public from 11:30 -12:00. A private graveside service will take place in the New Oak Hill Cemetery, Plymouth.
In lieu of flowers memorial contributions can be made to the Grace Baptist Christian School, 830 N Michigan St. Plymouth, IN 46563.
Condolences may be sent to the family through the website:  www.johnson-danielson.com<http://www.johnson-danielson.com>