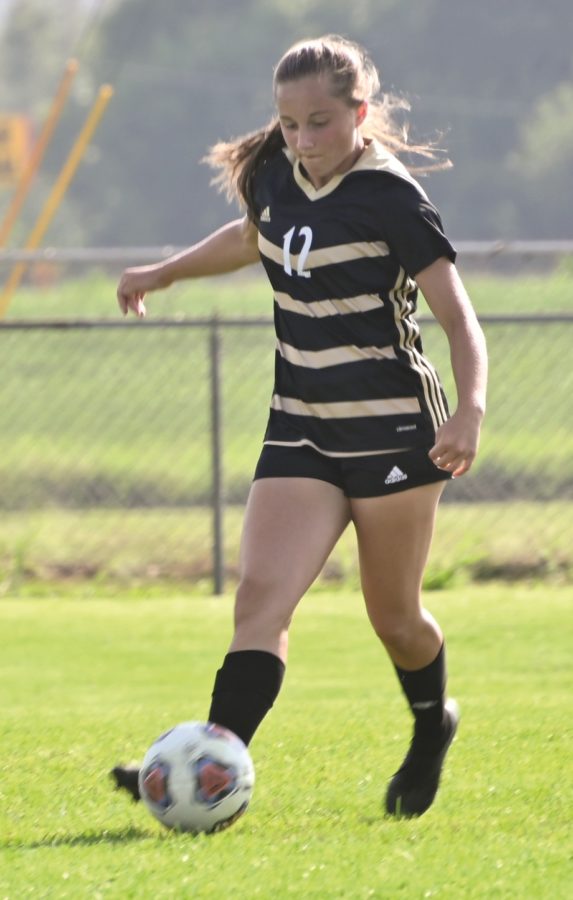 Glenn sweeps, Argos splits in Argos Invite
ARGOS – The Dragons hosted the Argos Invitational on Saturday with LaLumiere, John Glenn, and Argos playing in a Round Robin format.
The Lady Dragons played their first game against LaLumiere taking a 7-2 win.
Argos would strike first when Junior Emma Dunlap would send a cross into the box finding Senior Hannah Trump in the 15th minute putting the Dragons up 1-0.
Coming off a Dragon corner, the ball would be sent out by LaLumiere, but Junior Kadyn Baughman would send a rocket back in, finding the net in the 18th minute making it 2-0.
In the 25th minute, LaLumiere would net their first goal of the game, but Argos would strike early in the second half when Sophomore Lilly Hines would find open space and send a well-placed shot past the keeper in the 46th minute.
Just moments later, Dunlap would find space of her own, sending in a long shot in the 48th minute.
Argos would continue to lay the pressure on when Hines would find Junior Aryanna Allen that would place a perfect ball past the keeper in the 52nd minute and Trump would make a break-out run finding the back of the net for her second goal of the game in 57th minute.
LaLumiere would find the back of the net to make it 6-2 but after a physical battle in the box, Argos would be awarded a penalty kick, which Hines would confidently find the net to close out the scoring at 7-2.
Argos had 16 shots on frame in the contest to LaLumiere’s 6.
Glenn’s Lady Falcons would hand Lalumiere their second loss of the day 5-1 in game two.
Leena Thomas scored three goals and had two assists for Glenn. Hannah Thomas scored one goal and had 3 assists and the Anna Shoue scored one goal.
Argos would return to face the John Glenn Falcons in the final game of the Invitational and struggled to keep the ball bouncing in their direction.
Glenn would capitalize early in the 15th minute when Logan Richie crossed the ball and Eli Lang put the ball in the back of the net on the way to a 2-0 win.
The second goal came with 8 minutes left in the second half when Logan Richie took a corner kick and Leena Thomas managed to get to the ball and put it in the goal.
While the Dragons would make it into the offensive end but would struggle to get a shot on frame. Argos would be held to 2 shots on frame compared to Glenn’s 7.
Glenn’s defense was crucial in the victory and Bella Tribbey, Lanie Day, and Michaela Hurford gave stellar performances in the game.
After two weeks and seven games played by the Lady Dragons, they would finish with a record of 5-1-1.  Now they will be able to recover and prepare for their next game when Warsaw travels to Argos on Saturday.