Posted by Bob Barcus in Weather 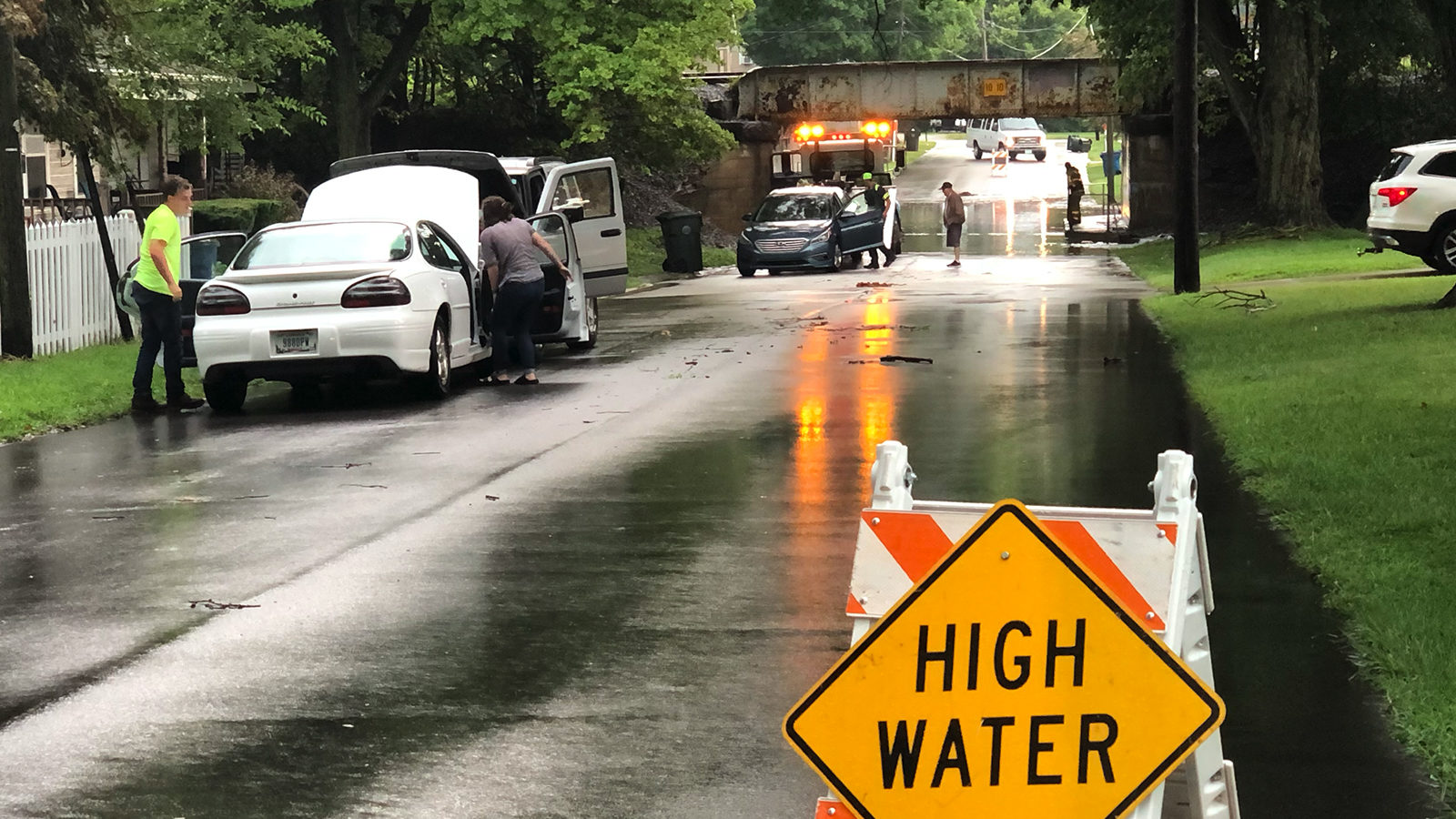 The storm caused power outages in the area, with several customers still waiting for service to be restored as of the writing of this article. NIPSCO was reporting 112 customers without power in Plymouth, 48 in Bourbon, and 163 in Bremen. Indiana Michigan Power was reporting 42 in Plymouth with a handful of customers impacted by the storm in LaPaz.

The storm also knocked out the traffic signals at the corner of Baker and Michigan Streets in Plymouth. The signal at the corner of Oak and Pidco Drives was also affected, causing unexpected traffic congestion on two of Plymouth’s main roads.

Traffic was more impacted by water on the roadways than by the lack of signals. High water signs dotted the cityscape as crews worked diligently to clear drains and allow the water to flow into the storm sewers.

Some motorists were apparently surprised by the high water, leading to stranded and flooded vehicles. The storm made some streets and viaducts virtually impassable. Portions of Michigan, Jefferson, Washington, Garro, Third, Harrison, and Broadway Streets were heavily flooded.

A flood advisory has been issued by the National Weather Service.