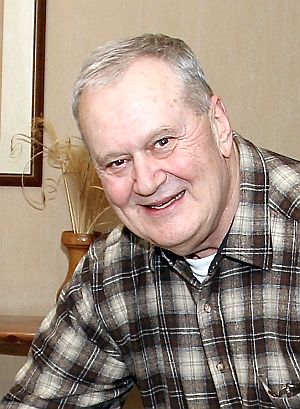 He was born on December 24, 1945, in Plymouth, Indiana to Herschell and Gladys (Bailey) Umbaugh. He would graduate from Plymouth High School with the class of 1963. He would go on to attend Valparaiso University and graduated with his Bachelor’s in accounting, and then achieve his CPA.

He would serve in the U.S. Marine Corps. until his Honorable Discharge.

He worked as a CPA for municipalities as a financial advisor for the state of Indiana in areas which included school projects, hospitals, and libraries. His children learned a strong sense of right or wrong in business, as Roger would never compromise.

Roger was a member of Calvary Lutheran Church in Plymouth and the Rotary Club of Plymouth.

He was an avid outdoorsman and big conservationist. Roger was involved in every aspect he could from maintaining property to the reintroductions of Canadian Geese and wild turkeys. He loved adventure trips and new experiences.

He was happiest running around on his tractor, but above all he was incredibly proud of his grandchildren.

Roger is survived by his wife, Carol, and children: Susan R. (Steve) Wilson of Carmel, IN and Jeff A. (Jennifer) Umbaugh of Plymouth; grandchildren: Mackenzie, Kyle, Shad, Ryan and Rebecca; and his brother, Mike (Pam Carlberg) Umbaugh.