Trebers Loose Everything in House Fire 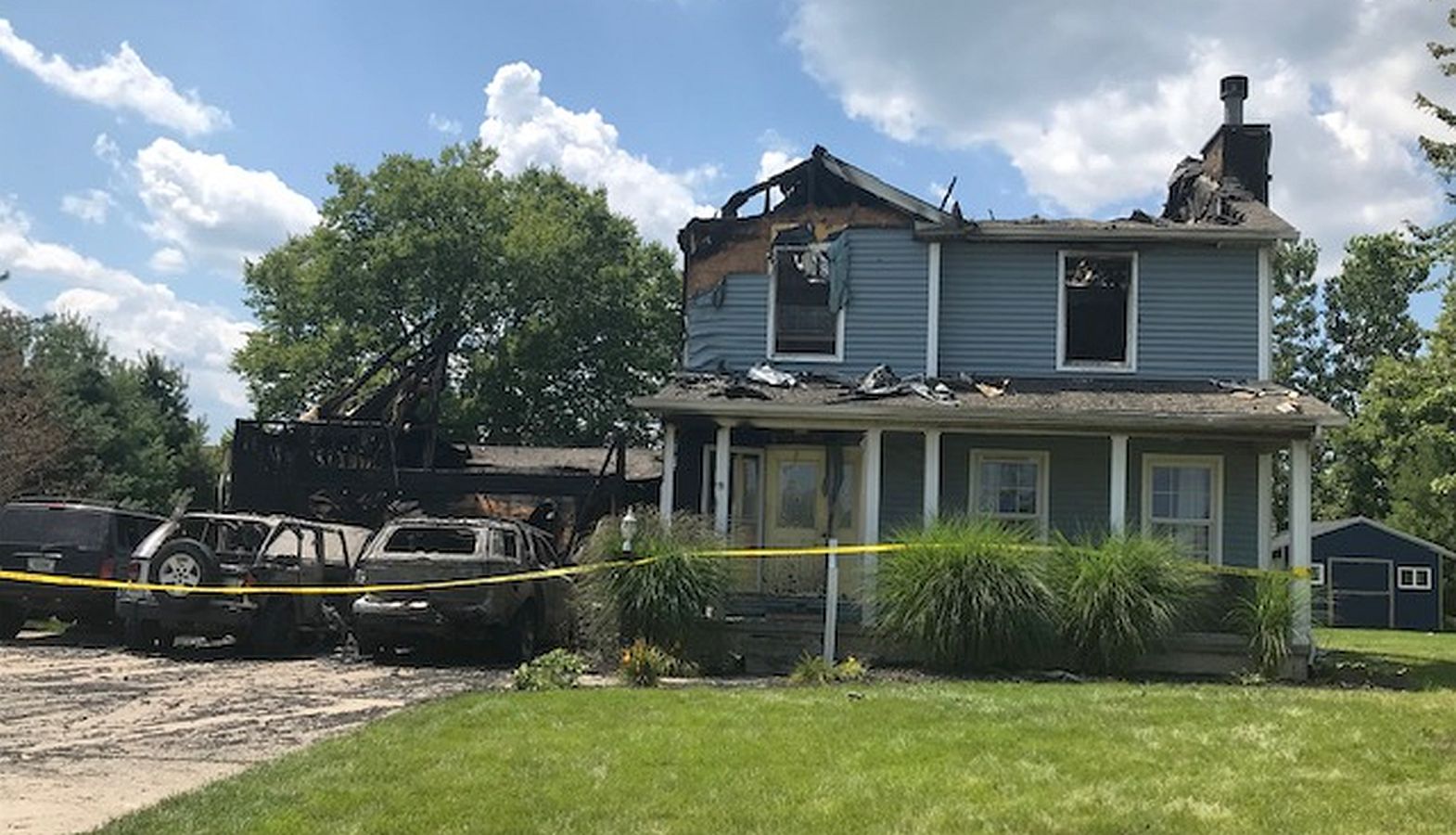 The Plymouth Fire Department responded to a structure fire Tuesday morning at 2:36 that left a Plymouth family with no home, no possessions, and no vehicles.

The two-story home located at 10824 Cardinal Circle is owned by Brandon and Billie Treber.  As firefighters arrived on the scene early Tuesday morning flames were coming from the garage and into the second story.

Plymouth Fire Chief Steve Holm said the fire investigator was on the scene Tuesday working to determine a cause.  At this time, it is suspected that the fire began in the garage.  He also said the home is a total loss.  While the fire and smoke didn’t get into the first floor or basement of the home there was extensive water damage.

Speaking with Billie Tuesday afternoon, she was thankful that they were all able to make it out safely.   She said, “While we lost everything, those items can be replaced.”

The family has three girls who will start school next week.  They have lost nearly everything they own including their school supplies and clothing to start the new year.   A go-fund-me has been set up by a friend to help the family.  While they do have insurance, it takes time to get money and the needs for the Treber family are immediate.    If you would like to help you can use the go-fund-me page or you can drop off donations at the Plymouth Park Office.    https://www.gofundme.com/f/treber