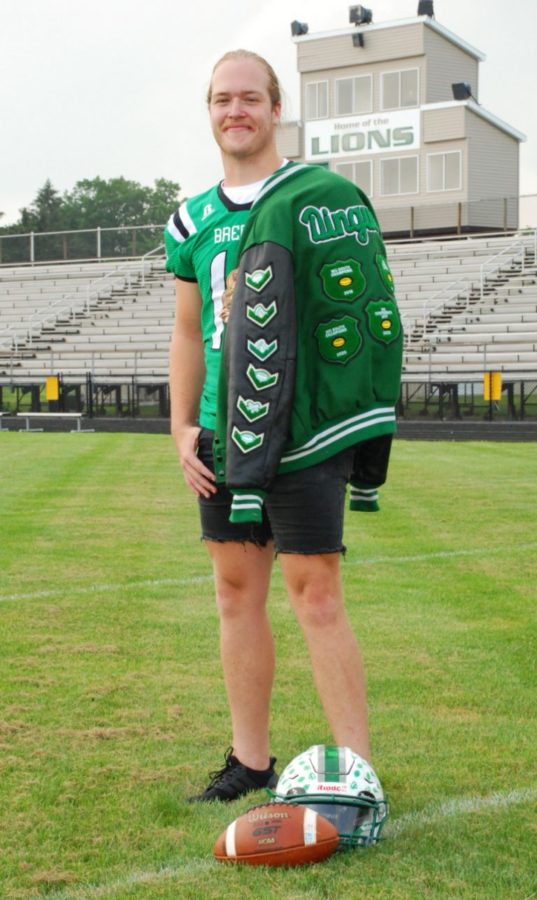 BREMEN – At 6’4 and 215 lbs., Blake Dingus was a punishing runner for Bremen Football setting a school record for carries in a season with 252.
During his senior campaign, Blake rushed for a team-leading 1,518 yards and 17 touchdowns on his way to being named Bremen’s Most Valuable Offensive Player.
Dingus spearheaded a Bremen attack that resulted in the Lions capturing a 2021 Northern Indiana Conference (NIC) Championship and an overall record of 9-3. He was not only named to the NIC’s 1st team but also took home the honor of Northern Indiana Conference’s Most Valuable Player. The Indiana Football Coaches Association selected Blake to its All-State 1st Team. Blake earned varsity letters in both wrestling and baseball for the Lions and was named Bremen High School’s Male Athlete of the Year.
Upon graduation, Blake entered the workforce and is currently employed at Forest River.