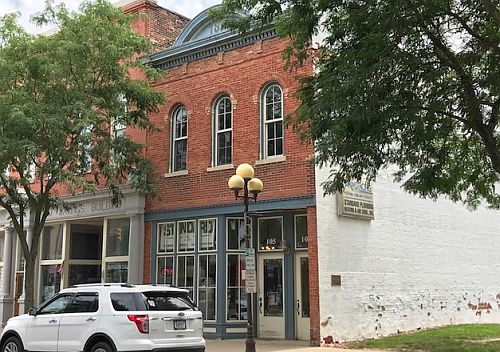 Hamann presented two quotes to have a new roof put on the building.  Elite Roofing quoted $15,450 while 5-Star Roofing gave him a quote of $11,400.  Hamann was willing to accept the low bid of 5-Star plus it had a 20-year guarantee.

The second revitalization Rebate Program grant was from Dave Langdon owner of the Brass Rail at 225 North Michigan Street in downtown Plymouth.

Langdon told the council he will be painting his building, having a new sign installed and replacing the awnings.  He presented two quotes for the painting, Houin Painting for $17,300 and Bella Painting for $13,578.98.  He also presented two quotes for a new sign, one from Graphics Unlimited for $10,000 and one from Vanadco for $6,200.  The quotes for the awnings were from the same company, Custom Awnings from Osceola.  They quoted recovering the current awnings at $5,239 of new awnings at 3,928.

Langdon said he was happy with the low quotes on all aspects of the improvement projects.