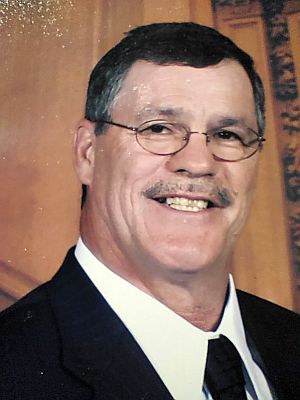 David Eugene Westafer aka Weber, 73, passed away peacefully at 11pm on July 15, 2021 with his wife, the love of his life, by his side after his courageous battle with cancer. David was born November 3, 1948 in Rochester, IN to Eugene (Dusty) and Barbara (Mullins) Westafer. David graduated from Triton High School in 1966 and continued his education at Indiana State University where he received his BS Degree. David was united in marriage in 1979 to Jeannie Edwards. David took pride in his part ownership of the Bourbon Foundry with his father, Dusty, and brother, Doug. Some of David’s favorite things were family, friends, sports and chocolate. David was a hardworking man and a wonderful husband, father, and grandfather. He was a role model to many, especially his sons, whom he guided and loved dearly. David found much enjoyment teaching, watching, talking, and playing sports with his boys. David also cherished spending time with his three grandchildren. David and Jeannie later moved to Tennessee where they built their dream home.

David is survived by his wife, Jeannie Westafer of Tennessee; his sons Jason (Michelle) Westafer of Indiana and Dusty (Anne) Westafer of Colorado; 3 grandchildren, Jacob, Madailein, and Liam Westafer; his sister Susan (Terry) Bondurant of Indiana; his in-laws Joe (Patti) Edwards of Tennessee, Patty Berg of Iowa and Peggy (Sandy) Lindsey of Indiana; and many cousins, nieces and nephews.

David is preceded in death by his parents; 2 brothers Doug and Dennis; father and mother in-law Gilmer and Navada Edwards; and his 2 best friends Mike Cook and Tom Sharpe.

David will be missed dearly by his family who wishes to thank their family, friends and community for the outpouring of support during these difficult times.

Deaton-Clemens Funeral Home is privileged to be entrusted with arrangements.

Condolences and memories may be shared with the family by visiting: