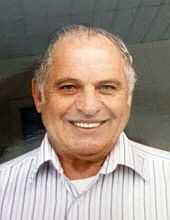 The Wanemachers, along with the Lyle Gephart family, moved to Bourbon, in 1958 as a result of their work with Page & Cox Egg Company. In addition to their work with Page & Cox, the Wanemachers entered into the restaurant business. They re-named and ran the hometown café, making “Wanemacher’s Grill” their own from 1972-1975. Bob was an entrepreneur and had a vision to further expand upon his speculative passions. He later opened up a gas station, called the “Bourbon Mini Mart” in September of 1976. He ran the gas station until the day of his retirement in 1996. He also had a passion for real estate, purchasing several rental properties in the Bourbon area. He had a strong work ethic and believed deeply in the value of working hard every day, devoting a lot of his time to fixing and/or repairing various aspects of the rental properties, themselves. In his earlier days, Bob and his Westwood neighborhood friends would travel to Canada and fish for a solid week before returning home. He was a life-long member of the Bourbon American Legion Post 424, notably serving as Commander from 1964-1965, as well as a member of Post 40/8.

Bob and Peggy (Truex) Mellott were married on September 6, 2002, in Plymouth, IN. Together, they enjoyed their winters at their second residence in Haines City, FL. Bob loved his family, the Bourbon community, watching NBA basketball, ice cream, and working hard at whatever task he was handed.

Preceding Bob in death are his parents, wife Jeanette, daughter Jerilyn, brothers Howard and Lowell, and sisters Fern and Marie.

A visitation service will be held Tuesday, July 20, 2021, from 11:00 AM – 3:00 PM at The Country Church in Bourbon, IN, with a funeral to follow at 3:00 PM. Burial will take place at Pleasant Hill Cemetery with military honors.

In lieu of flowers, the family has requested memorial contributions be made to Bourbon Volunteer Fire Department and Bourbon EMS.

In light of continued COVID concerns, wearing masks and social distancing are suggested.

We thank our family and friends for your continued support during these difficult times.

Deaton-Clemens Funeral Home is privileged to be entrusted with assisting the family.

Condolences may be shared by visiting: www.deatonclemensfuneralhome.com