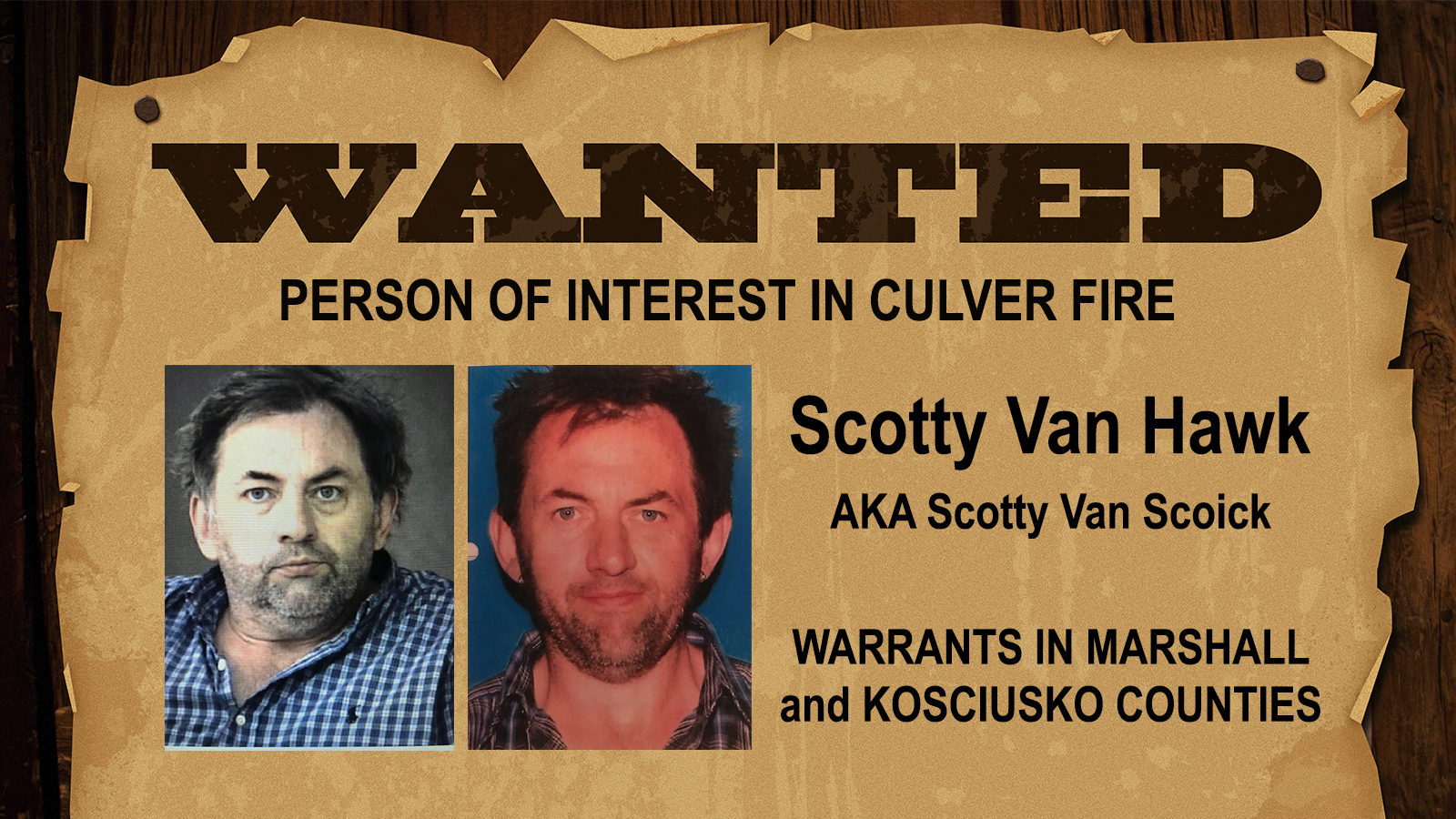 Last week a Grand Jury was called to hear details relating to a fire at 415 Lake Shore Drive in Culver.

Marshall County Prosecuting Attorney Nelson Chipman said the fire occurred on October 9, 2019 but the investigation continues because a person-of-interest, 50-year-old Scotty Van Hawk, also known as Scotty Van Scoick who may have some other aliases can’t be located.

The whereabouts of Mr. Van Hawk are unknown at this time although his last known address was in Kosciusko County.

While there hasn’t been an indictment, Chipman did say, “It goes beyond arson” and indicated there could be additional charges in the investigation.

The 415 Lake Shore Drive property has been an issue for the Town of Culver.  The town eventually paid for the demolition of the property and then it was listed for tax sale.  There were several interested parties but at the last second Van Hawk filed bankruptcy and that stopped the tax sale.  Eventually the bankruptcy was dropped, and the property was sold at tax sale about a month ago.

Prosecutor Chipman said Mr. Van Hawk has an active warrant out of Marshall County for Carrying a Handgun Without a Permit and he also has warrants through Kosciusko County as well.

Anyone with information about the whereabouts of Scotty Van Hawk should contact the Indiana State Police.