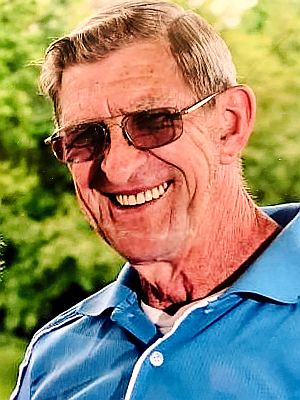 James J. Brinkman, age 83 and lifetime resident of Plymouth, passed away on July 13, 2021 in his daughter’s home with family at his side.

James was born the son of Louis and Jeanette M. (Nitcher) Brinkman on May 31, 1938 in Plymouth. Although he was not a veteran, he always wanted to serve his country. He worked the assembly line at McCords Manufacturing, Price’s Nursery for 9 years and then Wal-Mart in the lawn and garden department. He was also a member of Plymouth Moose Lodge #741. James enjoyed his bowling league (Ren’s Deadbeats), recording CDs and giving them away to people. He loved country music, big band, opera, jazz, rock-n-roll, fishing, baseball, and NASCAR (Dale Jarrett and now Chase Elliot). James married Judith A. Muffley on November 29, 1963 and she preceded him in death on January 18, 2012.

James will be remembered by his daughters: Kristen “Kris” (Barrie) Reitz of Plymouth; and Judy (Lester “Frank”) Ruffing of Argos; his grandchildren: Jennifer (Zac) Livesay of Noblesville; Roseann (Andrew) DePersio of Indianapolis; Jonathan (Kristin) Reitz of Remington; Joseph (Fiancé Ashley) Ruffing of Argos; and great-granddaughters: Annmarie and Ada DePersio. He will also be missed by his sister, Sandy Jarvis of Mishawaka; his brother, Phil McGowen of South Bend; his aunt, Ginger Spencer, several cousins, nieces, nephews and his faithful companion, his dog “Champ”.

Memorial contributions can be made to Pulaski County Humane Society.

Condolences may be left at deatonclemensvangilderfuneralhome.com.