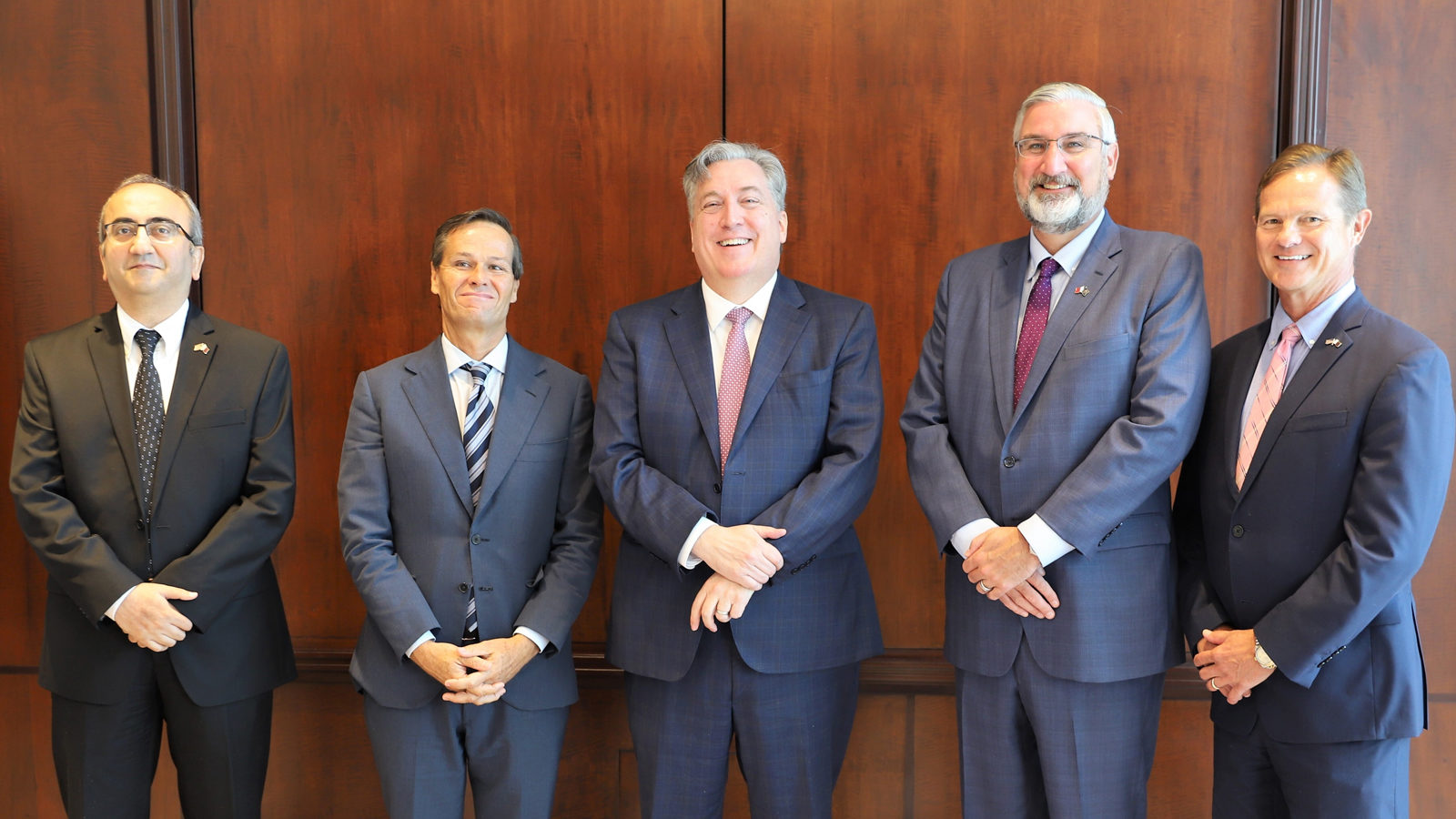 “Indiana and Qatar share a strong trade relationship, and this trip has been productive in creating opportunities for future investment across our states,” said Governor Holcomb. “Throughout the week, my team and I were greeted with great hospitality which led to productive discussions and inspired even more ideas for partnerships.”

The delegation ended the day with Governor Holcomb and Secretary Chambers discussing a shared passion for sports, including youth and sports technology with Aspire Academy.

On Thursday, Governor Holcomb and the delegation toured the Ras Abu Aboud Stadium, an innovative and sustainable stadium constructed using shipping containers, a site of the 2022 FIFA World Cup in Qatar, the first World Cup to be held in the Middle East. Indiana is home to a thriving sports economy and will use connections made on this trip to explore possible collaborations and partnerships.

Governor Holcomb and Secretary Chambers visited with U.S. troops stationed at Al Udeid Air Base in Qatar, which hosts roughly 8,500 U.S. troops including members of the Indiana National Guard and other enlisted Hoosier men and women.

Throughout the week, the delegation made trips to Qatar National Library, the Qatar Foundation, discussed opportunities with Qatar industry leaders and met with top state officials, including the Qatar Prime Minister and Minister of Interior, as well as the Qatar Deputy Prime Minister & Foreign Minister, and the Qatar Minister of Commerce & Industry and Acting Minister of Finance, to discuss strategic, economic partnerships.