Professional Relations Liaison, Mike Stack of The Center for Hospice Care supplied the Certificate of Appreciation and a “We Honor Our Veterans” lapel pin for each Veteran being honored. 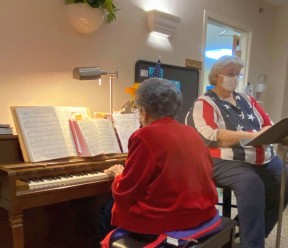 Flagg opened with prayer and shared Scripture and a huge thank you to each of the eleven veterans seated in the place of honor.  Resident Joan Troup provided music as all were invited to sing patriotic song. 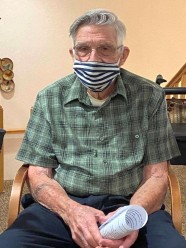 Guest speakers were:  Jack Kinney, Sr.,Army/Engineer and Betty and Howard Heines both Navy veterans.  The program ended as Flagg called off each Veteran’s name and they were presented with the Certificate and a gift bag.