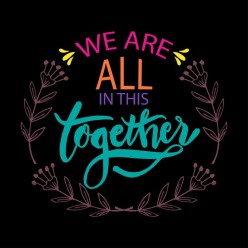 Chad Towner opened the discussion with first apologizing for the critical information that he intended to deliver but hoped it would be informative and eye opening.  Towner stated that we are at a tipping point and both Plymouth Campus and Mishawaka Hospitals are full. With Thanksgiving being next week and families holding gatherings he foresees a surge in the positive numbers in the next 2 weeks.

With hospitals currently being full Mr. Towner touched base on the time frame that 21% of positive Covid-19 patients need at least one day of treatment in the hospital due to oxygen issues and some need more than a day which could lead to lack of bed availably. With the foreseen surge, the hospital is expecting the need for 40 beds in the next week with the result of last week’s record numbers of positive test.

He emphasized on the fact that just wearing your mask is not enough but the need to thoroughly wash your hands and avoid touching your face is another must.

Dr. Byron Holm, opened with the statement that,” We Can Not wait for Herd Immunity”. Leaders must take a stand and set an example. It is no longer the health care workers on the front line it’s a committed community on the front line and personal responsibility. We are so use to a quick fix but unfortunately with Covid-19 there is no quick fix.

Eric Holsopple touched based that beds and staff are stretched to capacity and that if we look at the maps and graphs with the numbers have drastically increased as we’ve moved on into the year. Resources are stretched to the max and it’s going to take the community to make an impact on changing the outcome.

During the meeting CEO, Towner stated that they are seeing individuals that have been diagnosed with Covid-19 being infected a second time. He emphasized keeping your immune system healthy is a key factor.

At the conclusion of the meeting all three speakers stressed that this is going to take a community effort. This virus does not discriminate and last but not least, “We are all responsible for what happens next”!