AG Curtis Hill From Indiana To Pennsylvania We Must Defend The U.S. Constitution In Matters Of Election law 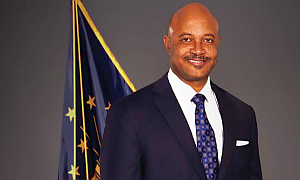 Attorney General Curtis Hill todreleased the following statement in response to recent erroneous assertions made by partisans regarding an amicus brief Indiana recently joined in the U.S. Supreme Court:

“Under the U.S. Constitution, state legislatures — not state courts — are charged with enacting the laws that govern federal election processes in their respective jurisdictions. That’s why we and other states have challenged a Pennsylvania Supreme Court decision that rewrote a Pennsylvania law setting the deadline by which absentee ballots had to be received in order to be tallied.

“Indiana’s involvement in this case began well before Election Day. We first joined a brief opposing the Pennsylvania Supreme Court’s decision on Oct. 5. Then, on Nov. 9, Indiana joined five other states in filing another brief with the U.S. Supreme Court. Ten other states, incidentally, filed a separate brief with the court challenging that same Pennsylvania decision.

“Since we filed our briefs, critics have alleged that our legal efforts are intended to serve purely political interests to benefit one candidate or one party. To the contrary, our work to ensure that the U.S. Constitution is followed in election proceedings serves a far nobler purpose.

“Our ultimate aim is to preserve the constitutionally mandated allocation of authority in state legislatures to establish federal election rules so fundamental to the proper function of our democratic republic. Further, we are carrying out a responsibility that falls squarely within the domain of state attorneys general — the obligation to defend the rule of law within our own states and in matters nationwide affecting our constituents.

“It’s obvious that those who have mischaracterized our purpose have either not actually read our briefs or are unconcerned with the truth. The U.S. Supreme Court has correctly stated previously that courts should not attempt to usurp the authority of state legislatures in matters related to election law. We have simply asked the court to continue to uphold this basic principle.”