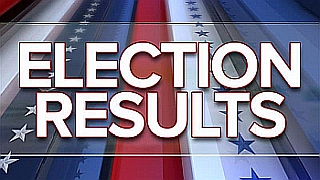 Marshall County had a voter turnout of 67.8% for the General Election on Tuesday.  Four years ago the general election had a voter turnout of 61.2%.  There were 29,642 registered voters for the election and 20,143 voters took time to do their civic duty and vote.   Marshall County had 2,798 mail in absentee votes, 7,329 walk-in absentee while 10,016 voters went to the polls on election day.

In Marshall County there was only one race and that was for County Council at Large.  Three seats were open and there were three Republicans and three Democrats vying for the seats.  The Republican candidates won easily.  Incumbent Jim Masterson was the top vote getter with 11,366 votes.  Next was Tim Harmon with 10,733 followed by Jesse Bohannon with 10,071 votes.  The Democrats were Barb Holcomb with 5,439 votes, Kathy Schwenk with 4,045 votes and Andrew Dreibelbis with 3,966 votes.

There were several school board races in Marshall County.  In Argos, Walnut Township Jennifer Hurford received 675 votes and Timothy Hackett received 565 votes. The District III Out of Town Bremen School Board race was won by Suzanne Ginter with 1,719 votes while Brandi Wampler gathered 621 votes.  The Culver School Board race was for the Town of Culver with Karen Lee receiving 586 and J.D. Uebler taking 537 votes.  The final school board race was for Plymouth At Large.  The incumbent Robin Cupka came in second place with 2,361 votes.  Top voter getter was Kurt Christiansen with 2,914 votes and Dalton Tinklenberg gathering 695 votes.

State races in Marshall County included State Senator for District 9, the incumbent Ryan Mishler with 10,188 votes and his challenger was Brandon Cavanaugh who received 3,558 votes.

State Senator in District 18 was the incumbent Stacey Donato with 4,104 votes and her challenger, Laura Fred-Smith with 1,549 votes.   State Representative for District 17, the incumbent Jack Jordan took 14,387 votes while Bianka Tinklenberg have 5,009 votes.

In Marshall County the Election Board did have some issues with mail-in ballots when voters failed to fill in the circle fully or dark enough for the computer to pick-up.  It was also noted that 8 ballots were rejected because the signatures didn’t match and there were 4 provisional ballots.

These election results won’t be certified for about 10 days.